SANTA ANA, Calif. - Editor's Note: This story has been revised to clarify that Tim Zook received his second COVID-19 vaccine on Jan. 5 and started feeling ill roughly two hours later. He did not die until four days later, on Jan. 9. His official cause of death is still pending.

FOX 11's Gina Silva spoke to the family of a man who died four days after receiving his second dose of Pfizer's COVID-19 vaccine.

An Orange County health care worker has died days after receiving his second dose of Pfizer's coronavirus vaccine, it was reported Tuesday.

The coroner has said the cause of death is inconclusive for now, and further toxicology testing will take months.

On January 5, Zook posted a photo of his COVID-19 vaccination card with the caption, "Never been so excited to get a shot before. I am now fully vaccinated after receiving my 2nd Pfizer dose."

"The doctors believe that his body reacted to something after he took the vaccine and they called it an inflammatory reaction," said his wife of 27 years, Rochelle. "It was so intense that it started attacking major organs and he never had a chance to recover."

His family said he had high blood pressure and was slightly overweight, but other than that, he was quite healthy.

Zook's wife said her husband was a proponent of the vaccine and that she does not blame any pharmaceutical company.

"He believed in vaccines. I’m sure he would take that vaccine again, and he’d want the public to take it," she said. 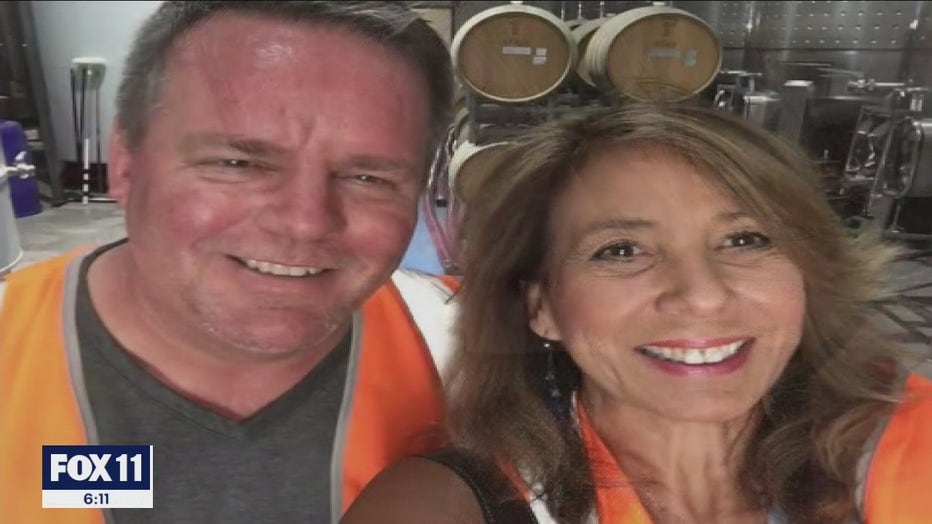 She said she believes there needs to be more research done in cases of severe reactions to the vaccines because although they are rare, they can be fatal in some cases.

Despite their tragic loss, the Zook family believes people still need to be vaccinated.

"The message is: Take the vaccine because it is far more greater to die from COVID than to die from a result of a vaccine," said Rochelle.

Zook's death has been reported to the national Vaccine Adverse Event Reporting System, run by the Food and Drug Administration and Centers for Disease Control. The Orange County coroner's office told FOX 11 that if there is any correlation between his death and the vaccine, it will notify the OC Health Care Agency.

"We need to continue the investigations and see what this gentleman passed away from," said Dr. Nathan Newman, the lead physician at Santa Monica Urgent Care.

He’s taken both doses of the Pfizer vaccine and says serious problems are extremely rare.

"People are worried, they’re afraid but I think they should be reassured that studies were done with tens of thousands of people — very few serious reactions occurred and the benefit of receiving the vaccination far outweighs any of the risks that were seeing," said Newman.

Anthony Fauci summarizes the status of the coronavirus pandemic

Fauci, the nation’s leading infectious disease expert, summarized the status of the pandemic amid a devastating surge, which has pushed new case counts and death tolls higher than ever before in dozens of states across the U.S.

On Saturday, authorities said that an investigation into the death of a 64-year-old man in Northern California shortly after he received the coronavirus vaccine has revealed that the man had recently tested positive for coronavirus and was showing signs of illness when given the vaccine.

"Clinical examination and lab results have determined the COVID-19 vaccine has been ruled out as a contributing factor in the individual’s death," the Placer County Sheriff's Office wrote in a post on Facebook.

RELATED: Vaccine ruled out as cause of death in NorCal man who had COVID-19, officials say

This does not mean that everyone with bad allergies is barred from getting it.

"CDC recommends that people with a history of severe allergic reactions not related to vaccines or injectable medications—such as allergies to food, pet, venom, environmental, or latex—may still get vaccinated," the CDC writes on its website.

"People with a history of allergies to oral medications or a family history of severe allergic reactions, or who might have a milder [sic] allergy to vaccines (no anaphylaxis)—may also still get vaccinated."