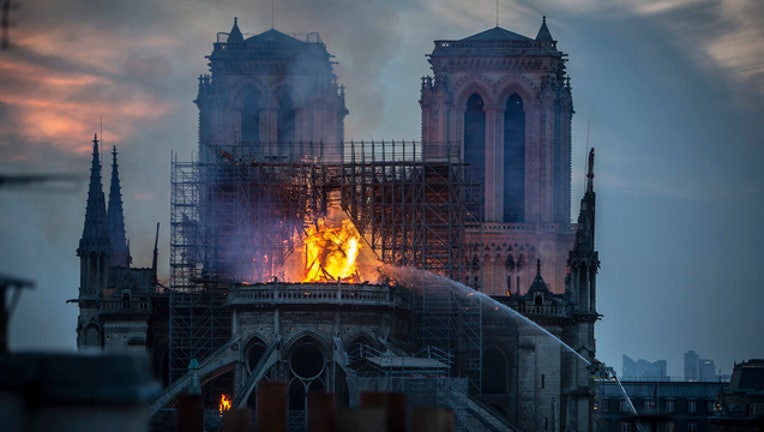 Smoke and flames rise from Notre-Dame Cathedral on April 15, 2019 in Paris, France. A fire broke out on Monday afternoon and quickly spread across the building, collapsing the spire. (Photo by Veronique de Viguerie/Getty Images)

PARIS (AP) - Notre Dame's rector says he will close the burned out Paris cathedral for up to six years.

Bishop Patrick Chauvet acknowledged that the famed monument would close down for "five to six years" as he spoke with local business owners Wednesday, two days after a blaze torched the roof of the cathedral and brought down its spire.

Chauvet said "a segment of the cathedral has been very weakened" by the devastating fire. He did not elaborate which section  he was talking about.

He added it was unclear what the church's 67 employees would be doing in the future.