Millions of Americans are part of what's known as mixed-status families, and they’re now fighting for their right to get government stimulus payments.

Millions of Americans are part of what's known as mixed-status families, and they’re now fighting for their right to get government stimulus payments.

Clara Zamarripa is a wife, mother of two, and a U.S. citizen.

Her husband is not.

At a time of uncertainty because of the COVID-19 pandemic, she is now uncertain on how they will make ends meet.

She said she feels discriminated against by the federal government because of who she chose to marry.

"I found out we weren't going to get anything because we are considered a mixed-status family," Zamarripa said.

That's because she, like millions of American citizens, filed taxes with an undocumented immigrant using an individual tax identification number.

"It’s hard because the children are not used to the situation, and you’re trying to make it as comfortable and easy as you can, but then you’re stressed about it too because you don’t know how you’re going to provide tomorrow," Zamarripa added. 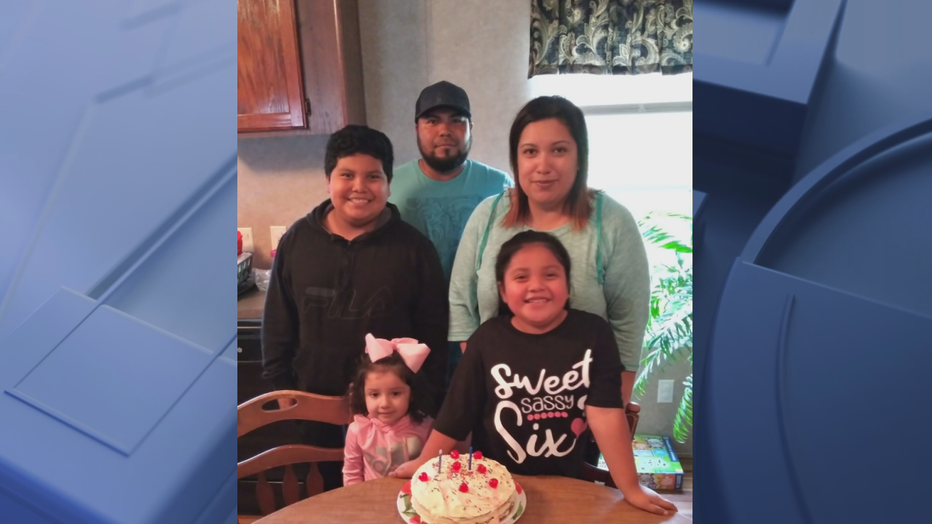 One person fighting on their behalf is Congressman Joaquin Castro, a Texas Democrat and chairman of the Congressional Hispanic Caucus.

He held a press call on Friday shining a light on what he calls injustice.

"Leaving these families out of past coronavirus legislation was a grave injustice," he said.

He has called on Congress to right their wrong, by making sure, at a minimum, ensuring every American citizen receives their stimulus checks.

But he said that in actuality, all American families who pay taxes with individual tax identification numbers, regardless of immigration status, should receive economic relief.

Those invited to join the conversation were House Speaker Nancy Pelosi, Senate Democratic Leader Chuck Schumer and mixed-status families, one of which is from Fort Worth.

"I was born here, my children were born here. I feel like I’m less of an American," Christina Segundo-Hernandez said.

Segundo-Hernandez grabbed the attention of political leaders after creating a Facebook group called Mixed-status Families United, a place where thousands are coming together to fight for their rights.

Zamarripa is a member, and it is part of the reason why she is sharing her story, to show the reality of what people face.

Her son is in need of medical care.

"We had gone to our doctor for the regular annual checkup, and he did see some concerns in the bloodwork so they wanted us to follow up with an endocrinologist," Zamarripa said.

For now, that is put on hold, as they work to come up with the out of pocket costs.

Congressman Castro points out that many immigrants using individual tax identification numbers are essential workers, which is why it's important to provide them with help.