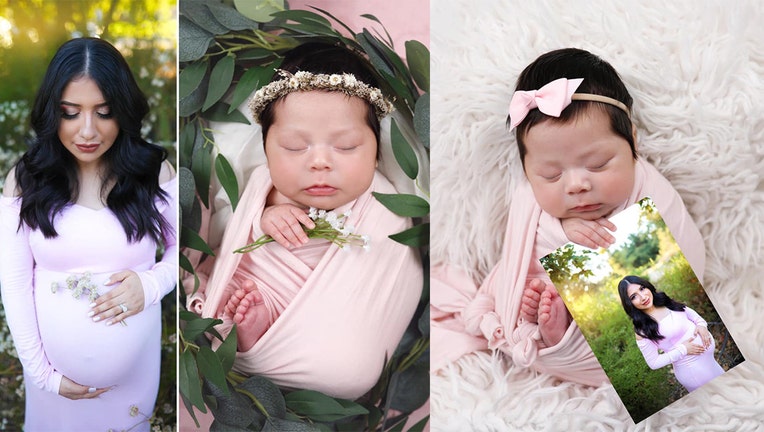 A baby delivered by emergency C-section and critically injured after her mom was killed by a suspected drunk driver is making a miraculous recovery. Now a photoshoot of the baby girl that her mother always wanted is going viral. (Photo by Grisel Leyva, X&V Photography/Instagram)

LOS ANGELES - A baby delivered by emergency C-section and critically injured after her mom was killed by a suspected drunk driver is making a miraculous recovery. Now a photoshoot of the baby girl that her mother always wanted is going viral.

"She’s such a blessing and makes me forget all of the pain that I go through - the suffering and sadness," said James Alvarez, holding his nearly two-month-old daughter, Adalyn Rose, who survived a most unthinkable tragedy.

On August 11, Alvarez and his wife, 23-year-old Yesenia Aguilar, were walking on the sidewalk in Anaheim, holding hands, when investigators say a woman driving under the influence of drugs, hit them, killing Aguilar, who was eight months pregnant with Adayln.

A GoFund Me has been set up by loved ones to help pay for medical and funeral expenses.

“It just happened so fast,” said Alvarez with tears rolling down his face. “Hearing the screeching car lose control and then seeing the car go in our direction on the sidewalk. We closed our eyes and were ready for the impact. We were just bracing the impact and mine never came. We turned around and I saw everything, I saw my wife. I know she was thinking of our daughter. I know she was just, ‘our daughter, daughter.’”

Little Adayln, who was in critical condition from the trauma, has defied all odds and managed to pull through.

She and her dad just did the newborn photoshoot her mom had dreamed of, incorporating Aguilar in every photo, with her mom’s wedding veil, favorite flowers, and pictures.

“I hope people see her sweet little face and really think before they do something stupid and break families apart because this little girl didn’t deserve it and Yesenia didn’t deserve it,” said photographer Grisel Leyva, who did the couple’s maternity photoshoot as well.

The driver, 40-year-old Courtney Pandolfi, who at the time of the accident was out on bail on another pending DUI crash, is charged with murder. 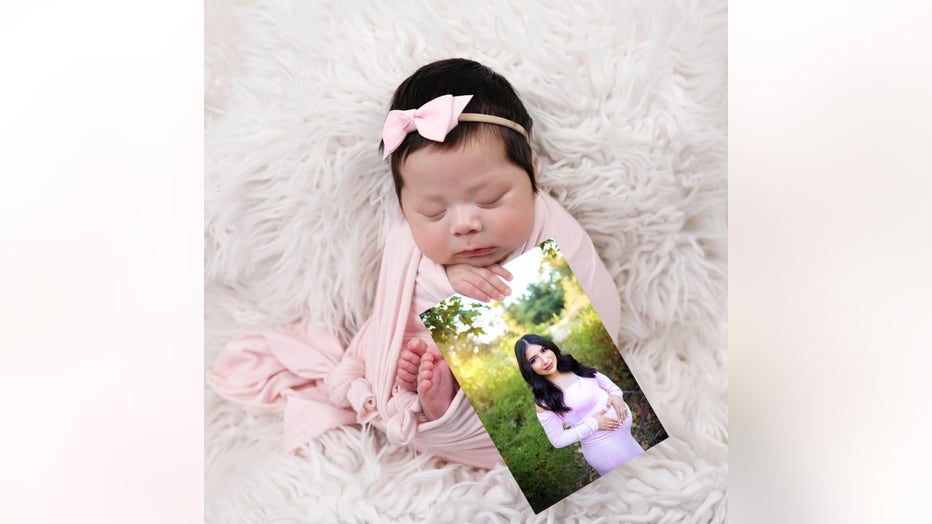 “This woman had multiple chances to change and didn’t change and because of her actions, she took my wife away from me,” Alvarez said. “The hardest thing is that she’s going to grow up without her mom. She’ll never know the warmth of her mother. I just have to cherish this miracle in front of me every single day.”

Alvarez said he felt so alone when this accident first happened and he didn’t know how he was going to get through it. He wants to thank the community for the love and support he’s received that’s given him the strength he’s needed to be there for his daughter.

Pandolfi’s bail is set at $3 million. She has a hearing scheduled for December.