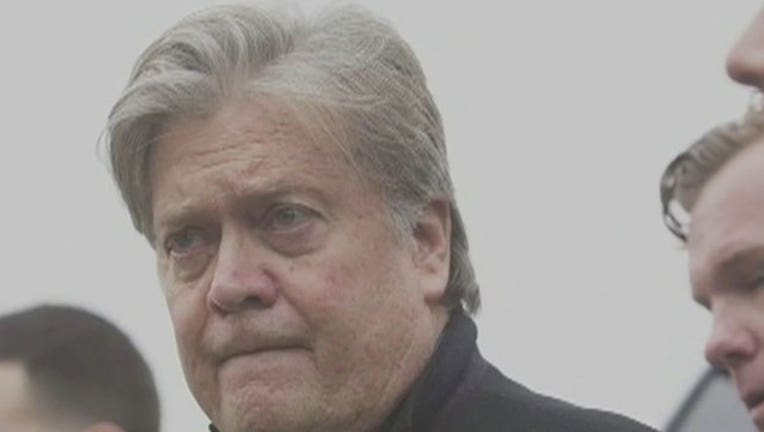 New Yorker editor David Remnick told The Associated Press in a statement shared Monday with the magazine's staff that he had changed his mind. The former Donald Trump aide and ex-chairman of Breitbart News was supposed to be a featured guest during a prestigious gathering that over the years has drawn some of the world's most prominent artists and public figures. This year's guests include Emily Blunt, Zadie Smith and Sally Yates, who Trump fired as deputy attorney general after she refused to back his initial ban on travelers from Muslim countries. The ban was advocated by Bannon, a senior White House adviser at the time.

"I've thought this through and talked to colleagues - and I've re-considered," Remnick, who has repeatedly denounced Trump and his administration, wrote of his decision on Bannon. "There is a better way to do this. Our writers have interviewed Steve Bannon for The New Yorker before, and if the opportunity presents itself I'll interview him in a more traditionally journalistic setting as we first discussed, and not on stage."

Remnick also acknowledged that festival guests, unlike those interviewed on radio or for a print story, are paid an honorarium, along with money for travel and lodging.

The New Yorker's announcement on Bannon came earlier Monday and was denounced by Roxane Gay, Jessica Valenti and many others. Gay tweeted that "the intellectual class doesn't truly understand racism or xenophobia. They treat it like an intellectual project, where perhaps if we ask 'hard question' and bandy about 'controversial' ideas, good work is being done." Filmmaker Judd Apatow had tweeted he would not attend if Bannon was interviewed. Kathryn Schulz was among the New Yorker staff writers who tweeted that they had informed Remnick directly about their objections.

Tweeted Patton Oswalt: "I'm out. Sorry, @NewYorker. See if Milo Yiannopoulos is free?" a reference to the far-right writer and speaker whose memoir was dropped last year by Simon & Schuster after numerous complaints.

In explaining his initial decision, Remnick wrote Monday that Bannon was well aware of their political differences. "The point of an interview, a rigorous interview, particularly in a case like this, is to put pressure on the views of the person being questioned."

"There's no illusion here," he wrote. "It's obvious that no matter how tough the questioning, Bannon is not going to burst into tears and change his view of the world. He believes he is right and that his ideological opponents are mere 'snowflakes.' The question is whether an interview has value in terms of fact, argument, or even exposure, whether it has value to a reader or an audience."

Meanwhile, Bannon is scheduled to appear Sept. 15 at The Economist's "Open Future" festival in New York City. According to The Economist, festival attendees will "discuss the most urgent issues of our time and remake the case for liberal values." At least one guest already plans to drop out. British writer Laurie Penny tweeted Monday that she "cannot in good conscience appear at an event which chooses to dignify a neo-nationalist like Steve Bannon."