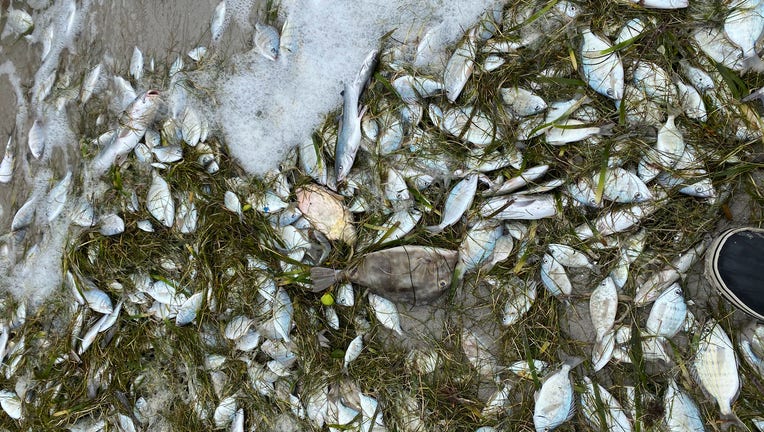 At least 3.8 million fish were killed, according to the Texas Parks and Wildlife Department.

The fish kill consisted of at least 61 species, which included non-recreational species like Silver Perch, Hardhead Catfish, Pinfish, Bay Anchovy and Striped Mullet. They accounted for 91% of the total dead.

CLICK HERE FOR MORE ON THE HISTORIC WINTER STORM

According to TWPD, non-game fish are "ecologically important, providing food for larger game fish as well as adding to the overall diversity of Texas Bays."

Saltwater pelican stranded in The Woodlands during winter storm

A family in The Woodlands did what they could to try to help an injured and stranded pelican that was found far from its typical home.

While last month's freeze impacted a large area of the Texas coast, the overall number of fish killed seems to be lower than any of the three freeze events in the 1980s, which killed almost 32 million fish.

The Houston Humane Society is full and offering a special to help get animals adopted after the severe winter weather.