An active search and rescue was conducted by the U.S. Coast Guard, with the assistance of the Jefferson County Sheriff's Office, for a total of nine people on board.

Details are limited as it's an active scene, but according to the U.S. Coast Guard, a call was received a little before 1 p.m. for reports of a fire onboard the rig located in Sabine Pass, nearly two hours from Houston. 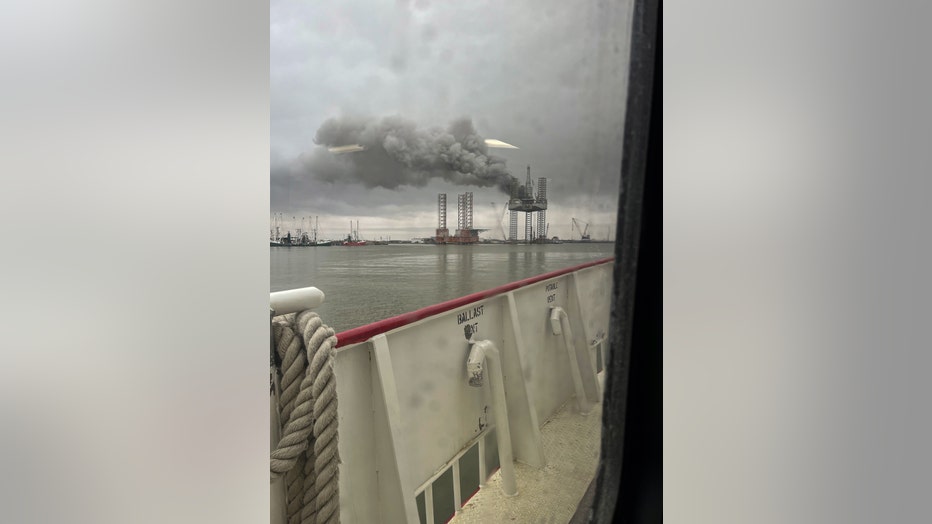 A Coast Guard Air Station Houston MH-65 Dolphin aircrew conducts a search and rescue operation for crew members aboard a jack-up rig on fire in Sabine Pass, Texas, Feb. 24, 2022. All nine people aboard the rig were rescued with no reported injuries.

An active search and rescue was conducted, with the assistance of the Jefferson County Sheriff's Office and the Port Arthur Fire Department, for a total of nine people on board. Officials confirmed all nine were rescued and did not receive significant injuries.

"Thanks to the phenomenal teamwork and coordination by everyone involved, nine lives were saved," said Capt. Keith M. Donohue, search and rescue mission coordinator for the case. "Coast Guard crews and personnel train year-round for life-saving situations like this and we take great pleasure in knowing everyone was able to go home safely."

While the Coast Guard's search and rescue operation has concluded, it's unclear how the fire started, so an investigation remains underway.