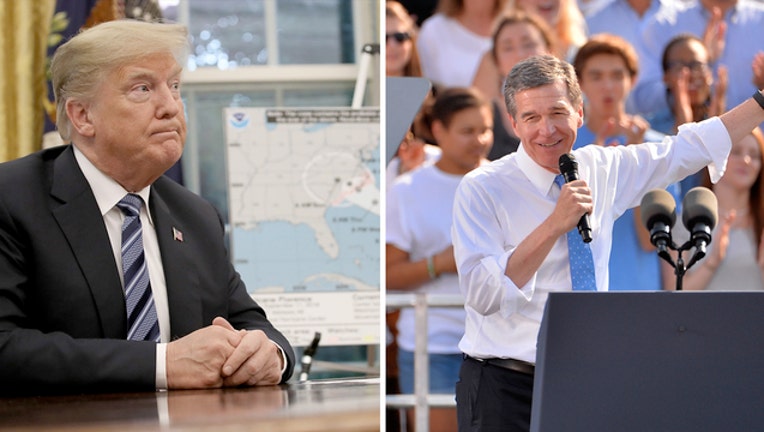 The briefing will be held at 10:30 a.m. from the Marine Corps Air Station Cherry Point located near New Bern, North Carolina.

Gov. Cooper will hold a second briefing Wednesday around 2 p.m. on Hurricane Florence from the Newport Fire House located at 125 Howard Blvd. in Newport, North Carolina.

Officials said even though the sun is shining in parts of the state, major flooding is continuing in the aftermath of Florence and is expected to worsen in some areas.

Gov. Cooper said 16 rivers were at major flood stage Tuesday with an additional three forecast to peak Wednesday and Thursday.

Cooper said he knows for many North Carolinians it feels like "a nightmare that just won't end."

LINK: How to help those affected by Hurricane Florence

Cooper said first responders have reported rescuing and evacuating more than 2,200 people and about 575 animals.

Officials said more than 1,100 roads are closed, 255 of those primary roads. The state's two major interstates, I-40 and I-95, are closed in many locations.

IT'S NOT OVER YET: More than 100 local roads flooded or damaged from Florence

So far, 34 people have died as a result of Florence with 26 of those deaths in North Carolina, seven in South Carolina, and one in Virginia. For more information, click here.