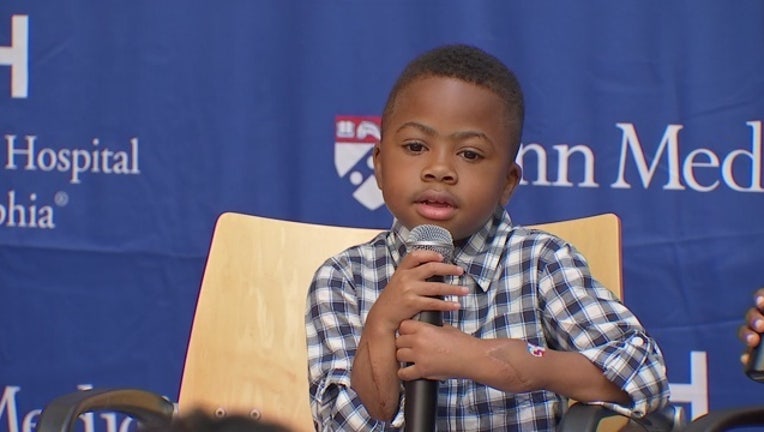 A year later, at age nine, Zion is looking forward to his future, which looks to be a bright one.

In a press conference at the Children's Hospital of Philadelphia Tuesday, Zion was asked where he thinks he got his wisdom at such a young age. He credits his mother and grandmother, who he referred to as amazing.

He and his mother also had a brief back and forth about which sports he would be playing in the future. She's pushing for baseball, but he'd like to give football a shot.

When asked how he felt different over the last year, he said, "I don't feel different," but he likes that he can throw a football further these days.