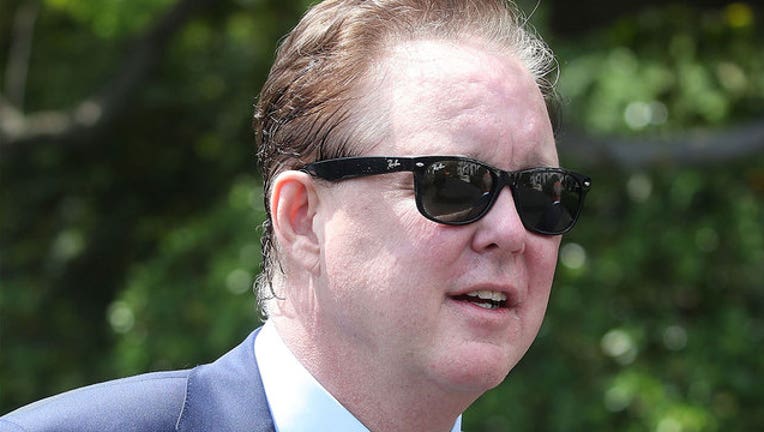 Brian France, CEO and Chairman of NASCAR attends an event to honor 2017 Monster Energy NASCAR Cup Series champion Martin Truex Jr. on the South Lawn of the White House on May 21, 2018 in Washington, DC.(Photo by Mark Wilson/Getty Images)

France was arrested at 7:30 p.m. Sunday and held overnight. He was arraigned Monday at Sag Harbor Village Justice Court and released.

There was no immediate information on an attorney who could comment on France's behalf.

NASCAR says it takes France's arrest "as a serious matter and will issue a statement after we have all of the facts."

Police say the 56-year-old France was stopped after his 2017 Lexus blew through at a stop sign.

They say officers saw indications France was intoxicated and found the pills during a subsequent search.

France has been CEO of the family-founded racing organization since 2003.