Houston has a pretty sizeable Muslim population and while it may come as a surprise, there are those who identify with the LGBTQIA community. And FOX 26 got an exclusive interview with the organizer of a Muslim LGBTQIA community and their efforts to build an inclusive mosque right here in Houston.

HOUSTON - Houston has a pretty sizeable Muslim population and while it may come as a surprise, there are members of the community who happen to identify as gay, lesbian, transgender, or queer.

For some queer Muslims, however, it's not always easy to balance their sexual identity with respect to religion, or even accept themselves as they are. That's why Erum Rani, 34, tells us she's working to not only be a resource for Muslims in the LGBTQIA+ community but also offer a space for those living in Houston to congregate and live fearlessly.

To assist other LGBTQIA+ Muslims like herself, Rani started the Iftikhar (Pride) Community in 2014 but is currently relaunching after a hiatus in 2018 due to conflicting ideas with South Asian Muslims and American converts. Additionally, Rani mentioned, it seemed like both groups had separate agendas, which strayed from her initial vision of Iftikhar.

"They tried to propose at the time 'let's mix Islam and Atheists' and that’s not what I wanted to do," she said. "For me it was, I need to include everybody but with me, it's like, ‘no I’m just focused on the Muslim people who need the resources, they need a person to talk to someone who relates to them, to understand,' so that’s the reason why I have created this, but you know - I’m just living and learning and that’s all you can do."

As a business owner and the sole operator of the Iftikhar Community, Rani admits it can be difficult to maintain both her professional work and outreach efforts to help the community.

"I try to [network] as much as I can, the people know of [Iftikhar] and want to have something going on for it but since I’m doing it by myself and I’m running my own business, it's not easy," they said. "It’s really hard to maintain to an organization that’s so beautiful and been here for so long it’s just that people know about me and it but I just don’t have time to like put into something that I consider my baby."

But knowing Rani is helping others makes it all worthwhile and is what motivates her efforts to continue running Iftikhar.

"I enjoy it and I say that I have help led people, who do message me and I have people who message me from Pakistan or different parts of the world and they’re so curious about it," she added. 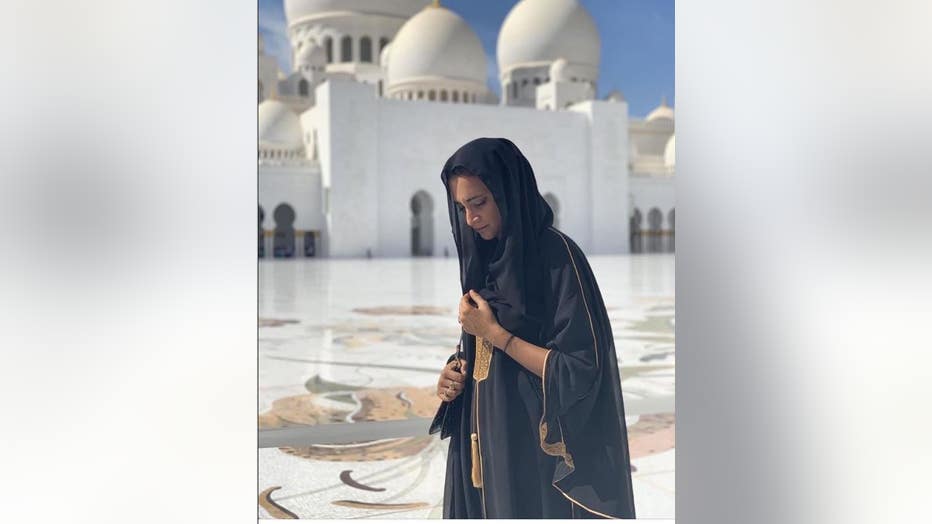 Ultimately, Rani's goal is to ensure Muslims like her have a sanctuary space where they may call their own. In doing so, she hopes to have a mosque built in the Houston area.

"My main goal is to open an equality mosque for all," they said. "I want to make sure that there is a place for [Muslims] to come, where they can read Qur'an if they want to; I want to make sure that they’re comfortable and to come to a place that if they’re in trouble they have going to feel welcome because going to a mosque is not like something I feel comfortable."

The concept of a mosque for LGBTQIA+ Muslims strongly appeals to Rani but says it does become controversial when she brings it up around others. That is because typically, men and women congregate in separate rooms at mosques. However, Rani contends when Muslims perform pilgrimage (Hajj) in Saudi Arabia, which is a fundamental duty in Islam, things tend to be a little different.

"When we go to Makkah (Mecca) we are standing side by side as one - you know man and woman. And just like ‘why can’t we just do the same here?’" Rani explained. "But then they kind of put it in a way that ‘if a woman stands in front of a man, it’s not good,' and I’m just like, ‘why does it have to go towards that thought?'"

Still, the vision remains and while Rani works to turn that dream into a reality, they are also hoping Iftikhar will not only serve as a resource for LGBTQIA+ Muslims currently living in Houston but those looking to move, by offering services and programs in the future like counseling or asylum assistance for refugees.

"I want them to know Iftikhar is here, and to make sure I am that resource and be like ‘hey, this is what we have,’ and I want them to be able to have a community that is for them to be welcomed into and feel comfortable because we have a lot of refugees coming on asylum that are gay and everything is the scary for them as they may not have a family here, or know anyone or even have a community so they all end up lost, and I don't want that," she said."I want to be able to make sure that Houston is that place [for them] because Houston is a huge city and everybody knows about it. I just want to make sure that our people are safe and that’s all I want for my people." 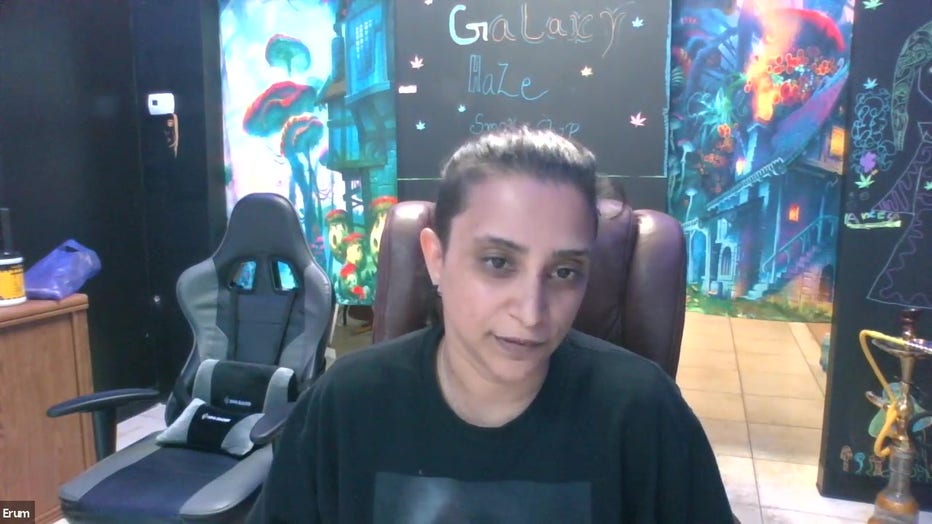 Born in Karachi, Pakistan but raised in the Space City, Rani proudly considers herself a Houstonian.

"I lived here all my life so I do consider myself as a Houstonian," she explained. "I love it and I can’t say anything wrong about Houston."

Rani tells us growing up Muslim in Houston, she often noticed cultural values clashing with Islamic practices but remains devoted to her faith.

"I would say in Houston, it's more focused on cultural values than religion so growing up, It was very like a yin & yang kind of type thing and I still feel that way even to this day," Rani said. "Being Muslim is great though; I love being Muslim and in my heart, I pray to Allah when I can in my own way."

However, as Rani explains, there were tensions when she started trying to come to terms with her sexual identity, as her father was a well-known member of Houston's Islamic community.

"I identify as Queer (she/they) and it took me a while to actually, you know accept that pronoun side for a very long time," they said. "I knew all my life that I was gay, but I just I never really accepted it for myself because my dad was so political in the Islamic Society [of Greater Houston] so it was a very big thing for me to come out and I wasn't able to, so it was very hard for me."

At times though, even Rani's own religious identity came into question.

"I had my ups and downs with the community and had my questions about the community and I felt like that people like me do not have a place to go to feel like they are themselves," they said. "And whenever I step into a masjid (mosque) especially, I don’t feel like I am myself and I’m not ashamed of who I am or going to the mosque, but I just want to be able to be comfortable."

Currently, Rani said they have a clear understanding of their Islamic identity but because various members of the Muslim community have negative opinions of homosexuals, it can raise some eyebrows when others find out about her sexuality.

"I get mixed feelings or reactions to be very honest," Rani explained. "Some I have that are like ‘oh wow’ or are like ‘what?!’ like it’s very very mixed reactions - I just can’t tell you just one reaction but I would say number one is judgmental."

The negative responses do not phase Rani though.

"I don’t respond actually," they said. "It’s like ‘whatever, do you,’ like, to me I don’t care anymore I’m not going to sit here and like lecture you. I don’t deal with all that stuff and gonna waste my energy on it."