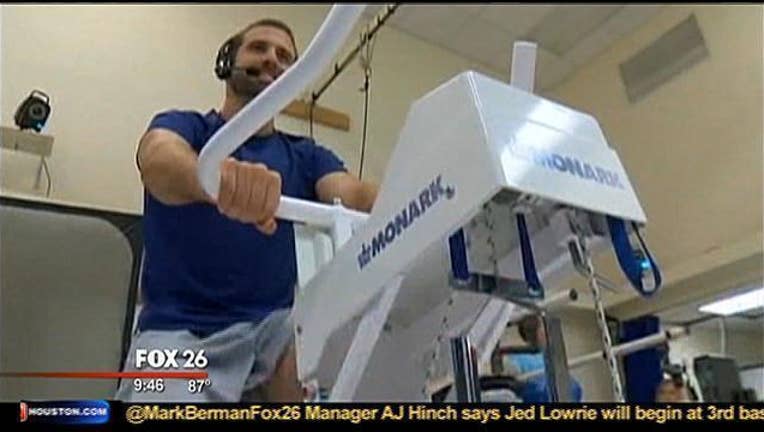 Meg Humphrey doesn't have time for mistakes. She is a busy mother of three and the owner of learning express in Katie. Her days pass in a flurry of multitasking

She is constantly making sure the store offers everything a kid could want while making sure her own kids are taken care of.

Well you know the general sentiment about multitasking be great at one thing or mediocre at several things. But now one study out of the University of Florida reveals that doing certain tasks simultaneously may make you better at them then if you did them separately. Researchers say it goes against the results of other multitasking studies they have reviewed.

The study of participants complete cognitive tasks while cycling on a stationary bike. Researchers found while they multitask your cycling speed actually improved with no cost to their mental performance. They say people were speeding up significantly without being aware that they were doing it.

"If you combine the right combination of motor tasks and cognitive tasks, you can actually get people to do better at the motor task," said Lori Altman, an associate professor of speech, language and hearing sciences at the University of Florida.

The study tested those with Parkinson's, older healthy adults as well as younger healthy adults. They found older adults got the most benefit. The next step is putting this discovery to work. If you're exercising and play the right kind of game at the same time it could help you exercise more intensely and burn more calories.

"Taking it to apps, to computer games, is clearly where we have to go to see if we can make this a portable, real life, real world application," said Chris Hass, an associate professor of applied physiology and kinesiology at the University of Florida.