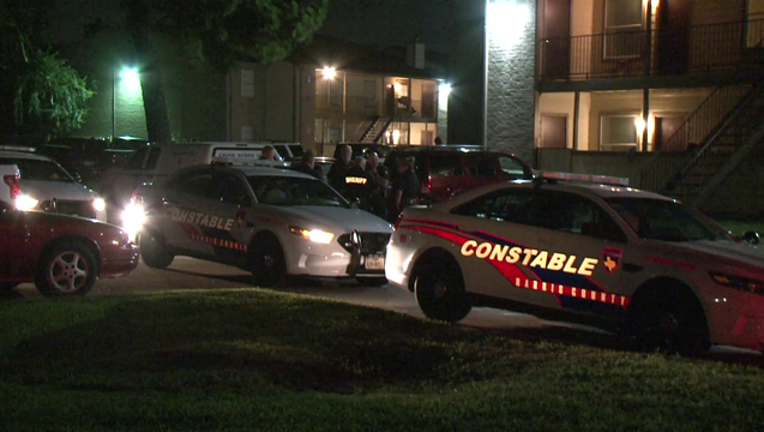 Authorities say a mother who was at home with her two young children answered a knock at the door of her apartment and was shot multiple times.

Deputies responded to the home invasion around 10:15 p.m. at an apartment complex on Winfern Road in northwest Harris County.

According to authorities, the woman answered a knock on the door and was confronted by a man who tried to enter the apartment and demanded money. The woman was shot multiple times.

She was taken to the hospital. The children were not hurt.

Deputies are searching for the suspect who fled the scene after the shooting.