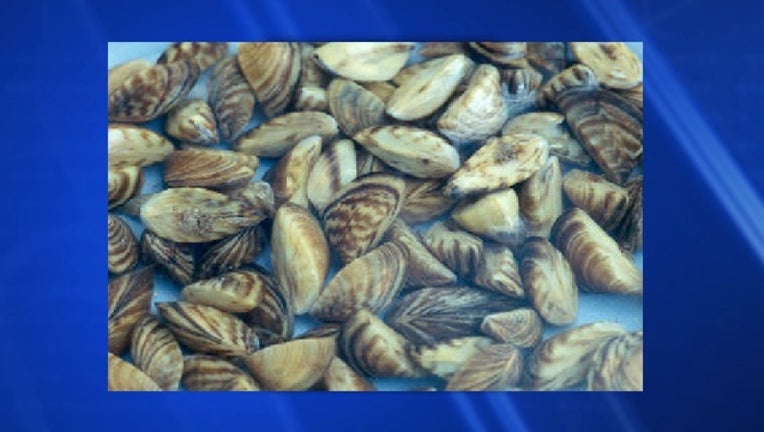 HOUSTON (FOX 26) - Texas Parks and Wildlife advise boaters to clean, drain and dry their boats this summer to help prevent the spread of zebra mussels an invasive species

AUSTIN – With four Central Texas lakes receiving upgraded zebra mussel classifications this month, the Texas Parks and Wildlife Department (TPWD) is urging the thousands of boaters and paddlers expected to hit the water this summer to clean, drain and dry their watercraft and equipment to help avoid spreading invasive species to new locations.

“Memorial Day weekend is the unofficial kick-off to boating season in Texas, and while we want everyone to have a great time we also want them to avoid giving free rides to invasive species when they travel to new lakes,” said Brian Van Zee, TPWD Inland Fisheries Regional Director. “The best way to help keep Texas lakes fun for everyone and prevent the spread of destructive invasive species is to clean, drain and dry your boats and equipment – every time.”

As of May 2019, 18 Texas lakes are currently infested with invasive giant salvinia, and 15 Texas lakes are infested with an established, reproducing population of zebra mussels. The newest additions to the list of nine positive lakes where zebra mussels have been detected on more than one occasion include Lake Walter E. Long, Lake Granger and Lake Dunlap. The newest addition to the list of five suspect lakes where zebra mussels or their larvae have been found only once in recent history is Lake Placid.

“Most of the lakes that received upgraded classifications are downstream of infested reservoirs, so the likelihood that zebra mussel larvae would disperse and invade them was high,” Van Zee said. “But boaters still need to be extremely diligent about cleaning, draining and drying, because only boats, barges, and other equipment can transport zebra mussels upstream or to new river basins.”

Learn more about giant salvinia, zebra mussels and other invasive species in Texas

Invasive species can harm the recreational experience at lakes and damage aquatic ecosystems. While zebra mussels and giant salvinia remain some of the biggest threats to Texas lakes, other highly-invasive species can also be spread or introduced by in-state and out-of-state lake users, including water hyacinth and quagga mussels.

In Texas, transporting prohibited invasive species is punishable by a fine of up to $500 per violation. Boaters are required to drain all water from their boat and onboard receptacles –including bait buckets – before leaving or approaching a body of fresh water in order to prevent the transfer of aquatic invasive species. Additionally, boaters should remove all plant material from boats, trailers and tow vehicles and place it in a trash receptacle before leaving the lake.

Those using kayaks, stand up paddleboards, wet suits and any other equipment that comes into contact with the water should also take care to clean, drain and dry their gear, as microscopic zebra mussel larvae can survive on wet surfaces for up to three weeks.

While day-use boaters and paddlers can spread invasive species in just one trip, boats that have been stored on a lake that has zebra mussels pose the highest risk of spreading them to new lakes. Zebra mussels colonize hulls, propellers, water systems, and other parts of boats, including some spots where they are difficult to detect. TPWD has created a new website geared toward providing marinas and boat owners with guidance on decontamination and inspection procedures that must be performed before moving boats that have been stored in the water with zebra mussels to a new location.

Zebra mussels are an invasive, fingernail-sized mollusk that is native to fresh waters in Eurasia. Their name comes from the dark, zig-zagged stripes on each shell.

Zebra mussels probably arrived in the Great Lakes in the 1980s via ballast water that was discharged by large ships from Europe. They have spread rapidly throughout the Great Lakes region and into the large rivers of the eastern Mississippi drainage. They have also been found in Texas, Colorado, Utah, Nevada, and California.

TPWD and partners continually monitor for invasive species in Texas lakes, but anyone who finds them in lakes where they haven’t been found before or who spots them on boats, trailers or equipment that is being moved is encouraged to help prevent new introductions by reporting the sighting to TPWD immediately at (512) 389-4848 or by emailing photos and location information to aquaticinvasives@tpwd.texas.gov.