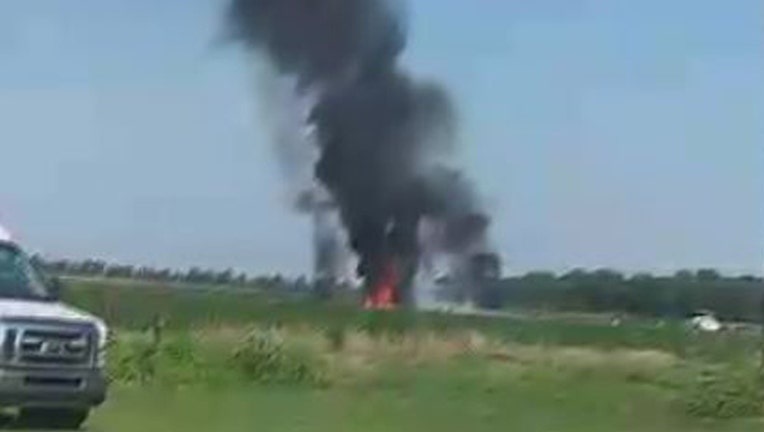 At least five of the nine people supposed to be aboard have been confirmed dead, Banks told The Greenwood Commonwealth. He said a helicopter was searching for others around the crash site in a soybean field in a sparsely populated area.

Greenwood Fire Chief Marcus Banks, no relation to the sheriff, said the crash was reported about 4 p.m. CDT and debris from the plane was scattered in a radius of about 5 miles (8 kilometers). An intense fire fed by jet fuel hampered firefighters, Banks said, causing them to turn to unmanned devices in an attempt to control the flames.

"We were driven away by several high-intensity explosions," he said.

Aerial pictures taken by WLBT-TV showed the skeleton of the plane burning strongly, producing plumes of black smoke visible for miles across the flat landscape of the delta.

Austin Jones, who owns a neighboring farm, said the fire continued after sunset.

"It's burning worse now than it was early in the afternoon," said Jones. He said his son watched the plane go down while working on the farm and said it was smoking as it descended.

Officials did not release information on what caused the crash or where the flight originated.