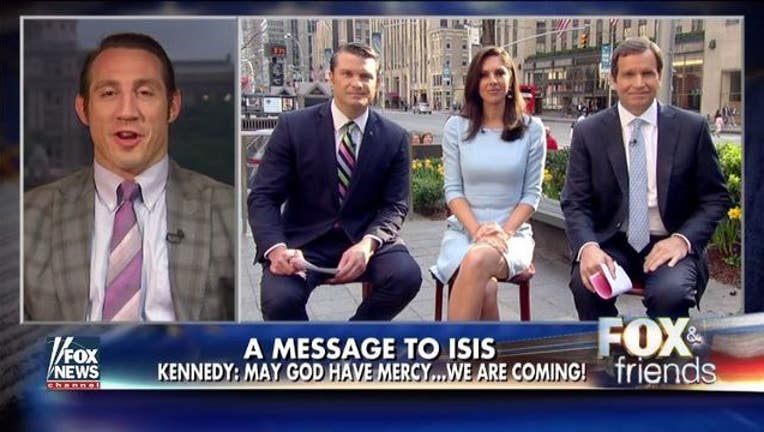 On "Fox & Friends Weekend," Kennedy also complimented the president for allowing the military to make its own decisions on-the-ground.

Kennedy said the detonation of "the mother of all bombs" ordnance in Afghanistan showed that the military "got our teeth back" with Trump as its commander-in-chief.

He said he felt "reinvigorated" by the drastic change from the last eight years, and reenlisted in the armed services.

"I've got people that will back me now," he said.