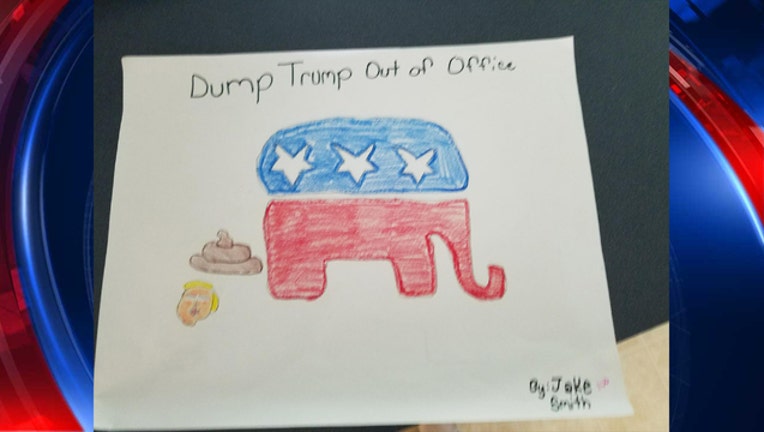 STEVENSVILLE, Md. - The father of an 11-year-old middle school student is upset with his son’s school after the boy was given a grade of 100 percent for drawing a picture that depicts the elephant symbol of the Republican Party defecating on the head of President Donald Trump.

James Smith said his son, a sixth grade student at Kent Island Middle School in Stevensville, was given an assignment by his teacher to draw a political sign, which led to his son's GOP elephant-Trump sketch with the words "Dump Trump Out of Office."

Smith said he met with school officials about his concerns and believes the grade given by his teacher was encouraging his son to be disrespectful to the current president. The father said the teacher would not take any responsibility and she asked him if he wanted her to change his son’s grade on the assignment.

Regarding the matter, Queen Anne’s County Public Schools said in a statement: