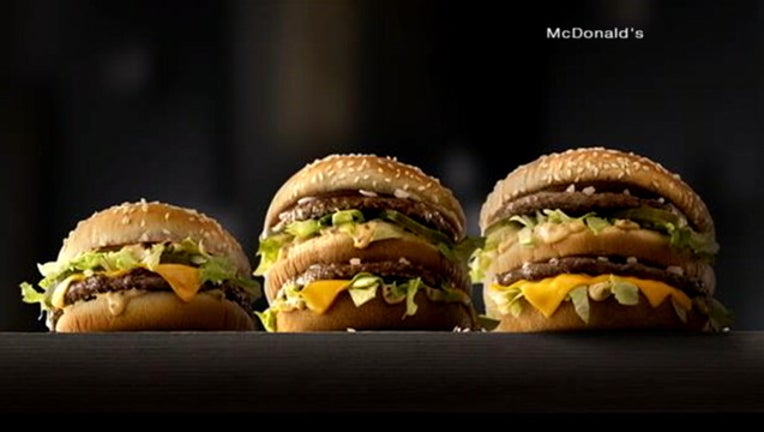 McDonald's is testing versions of its Big Mac as the world's biggest hamburger chain pushes to revive its business.

The company says it's testing a "Grand Mac" and "Mac Jr." in the Central Ohio and the Dallas areas, and will see how they do before deciding on a national rollout.

The Grand Mac is made with two third-pound beef patties. The Mac Jr. is basically a single-layer Big Mac.

McDonald's Corp. is been fighting to turn around its business after seeing customer visits decline in recent years. The Oak Brook, Illinois company has said it needs to move faster to keep up with changing tastes.