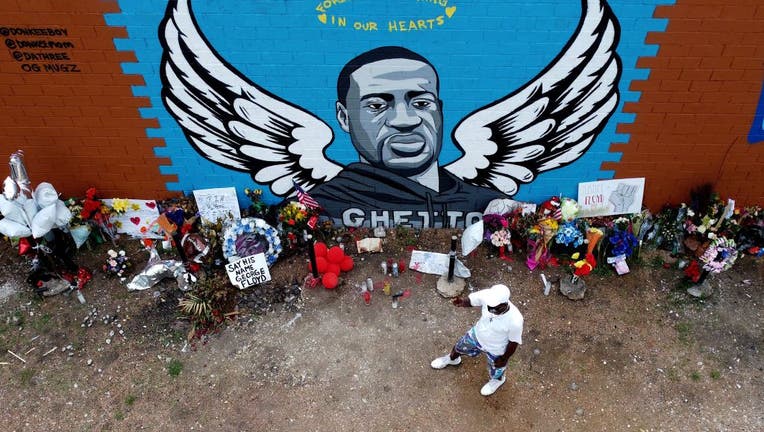 People visit a makeshift memorial for George Floyd placed in his former neighborhood, the Third Ward, in Houston, Texas, on June 10, 2020. - On May 25, 2020, Floyd, a 46-year-old black man suspected of passing a counterfeit $20 bill, died in Minneapo

HOUSTON - It's been two years since Houston native George Floyd passed away at the hands of a Minneapolis police officer.

His death sparked nationwide protests against police brutality and conversations about race. In honor of Floyd's memory, the Houston Public Library announced it will be hosting its inaugural commemorative lecture, which will be delivered by Mayor Sylvester Turner on Wednesday, May 25th; the anniversary of Floyd's death.

During the event, Mayor Turner is also expected to issue an official proclamation for May 25th as George Floyd Remembrance Day.

Only invited guests will be able to attend, but we're told the event will be live-streamed on HPL's Facebook page.