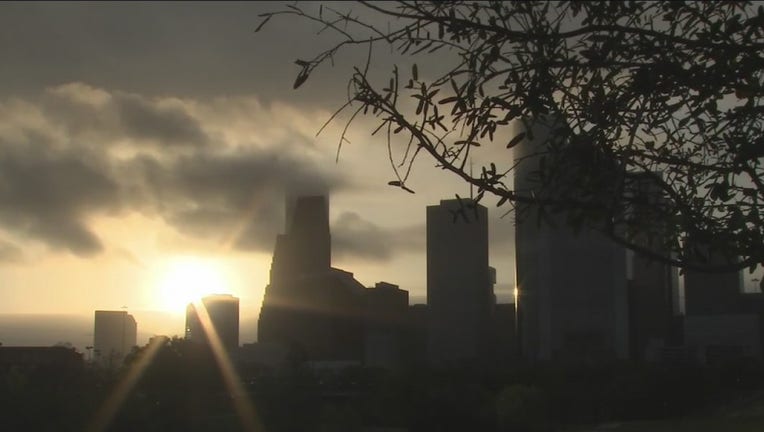 HOUSTON - Mayor Turner will address the public about a rumor that Houston will be shutting down due to the COVID-19 outbreak.

A video and audio message is circulating on social media that falsely claims the City of Houston is shutting down due to COVID-19, creating a great deal of anxiety for residents and impacting the city's ability to operate during a health crisis.

The false message warns that a stay at home order will be issued Sunday and that Mayor Turner has been in touch with the National Guard.

"There is a video on social media of a person saying she was in a meeting with government officials confirming that there will be a city lockdown this weekend or Monday," Mayor Turner said on Twitter. "All of this is false. I am asking HPD and Harris County DAs Office to investigate for possible prosecution."

According to Houston Mayor Sylvester Turner, the recent posts on social media are wrong and promote hysteria.

Mayor Turner directly addressed the rumors and discussed what he is doing to stop the message from circulating.

"I am asking everyone again to please get your information from credible sources. There are people on social media who are intentionally putting out false information," he said.

He also referenced a robocall that is also circulating, and should be disregarded.

"It's important that American people are not played," Chief Art Acevedo says.

He says an investigation is underway to find the origin of the messages. Officials are unsure if the source is a resident or a foreign operator spreading misinformation.

He says they’ll pursue charges if they catch someone making false claims on social media that generate hysteria.

“We’re going to open up investigations when it’s appropriate,” said Chief Acevedo. “When we identify people we’re going to go to the DA’s office and charge them.”

Only three people in the State of Texas can make the call, Mayor Turner, Judge Lina Hidalgo, and Governor Abbott. So far, no one has made that call.

“The state now has quarantine authority,” said Governor Abbott. “We wouldn’t want to exercise that authority now because we want to depend upon the responsibility that all Texans will show. If Texas are irresponsible in their authority though, there are more tools. We can be more aggressive only if needed.”

The mayor says there is no reason to rush to grocery stores or the bank to withdraw money.

Sporting events and cultural events have been canceled, bars, restaurants, clubs, and museums have closed. These precautions have already been put in place.

Also, calls asking for social security numbers for stimulus checks should be ignored at this time, as Congress is still working on the package. Don't be so quick to offer sensitive information over the phone or via email to those offering assistance.

The mayor's message is clear: stay home, and wait for factual information from government officials and the news, not social media.

MORE: Live updating map of novel coronavirus cases in the U.S. & around the world