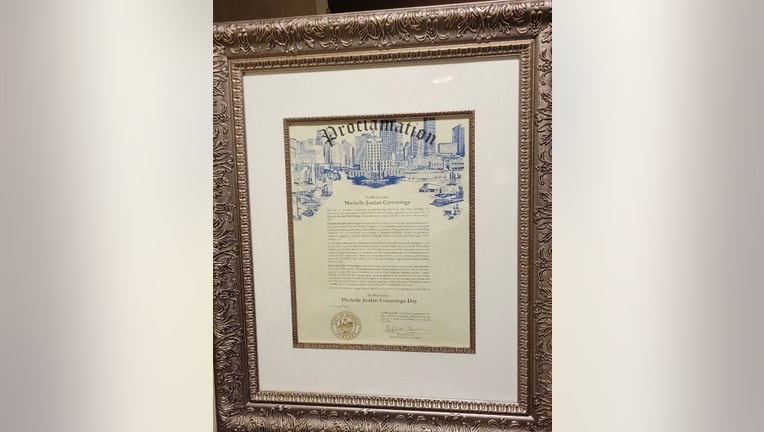 HOUSTON - Houston Mayor Sylvester Turner is offering his condolences to a local family whose mother was killed while dropping her son off at the Naval Academy in Maryland.

A vigil was held Thursday in honor of Michelle Jordan Cummings, who was hit by a stray bullet on June 29th.

RELATED: Ceremony of life will be held for naval mom from Houston who was killed in Annapolis

During the memorial, Mayor Turner extended his deepest condolences and proclaimed July 15th would be a day to never forget her legacy to the Houston community.

"Cummings was active in our community and enriched the lives of many Houstonians," the Mayor's office said in a statement.

This comes nearly 2 days after authorities released a mugshot of her suspected shooter and charged him with murder.

Mrs. Cummings will be laid to rest in Baton Rouge this weekend.