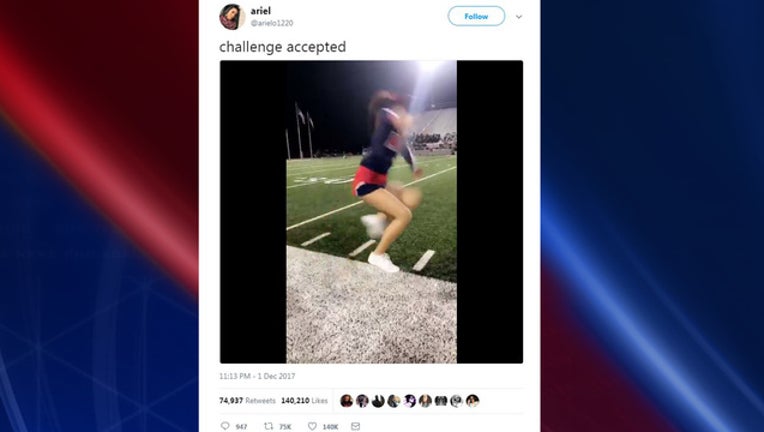 A video of a Manvel High School cheerleader performing a seemingly gravity defying stunt has internet users asking, "How did she do that?"

In the video posted to her Twitter account, Manvel High School varsity cheerleader Ariel seemingly steps on, then hops over an invisible box.

Ariel starts out by patting the air above the ground three times as if tapping an invisible box. Then she plants her foot on thin air and steps right over as if hopping over an invisible step.

It doesn't end there though. In a second video, Ariel attempts to perform the trick again, but this time another cheerleader kicks the "invisible box" out from under her feet and she stumbles to the ground.

Since the video was Tweeted on Friday, it has been shared more than 74,000 times, liked 139,000 times, and has hundreds of comments of people offering their guesses of how she did the trick.