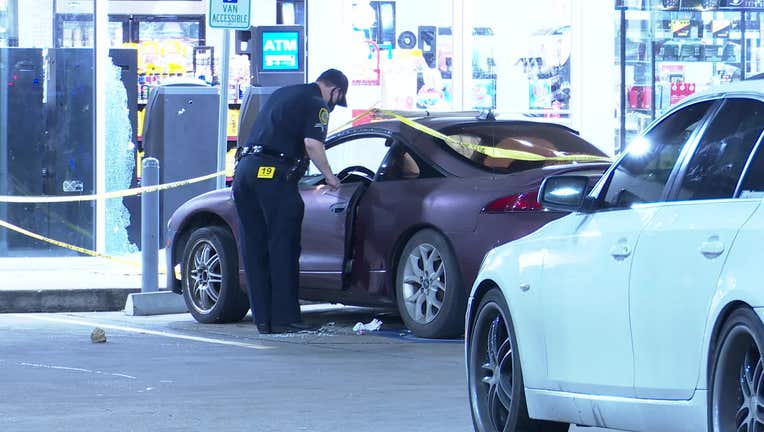 Houston police investigate a shooting outside of a gas station on Little York.

HOUSTON - Police say someone in a car fired more than a dozen rounds at a northeast Houston gas station, wounding a man who was in front of the store.

The shooting occurred around 10:20 p.m. Tuesday at a gas station near Little York and Cheeves.

Polices say quite a few people were outside of the store prior to the shooting.

A witness told police that two males in a gray vehicle drove up, and someone in the car tried to fire a rifle, but it didn’t work.

The car reportedly left and then came back. Police say this time someone opened fire outside of the store.

Police say at least 15 shots were fired, striking the store and some vehicles.

According to police, the man who was shot in the leg was standing in front of the store. He was taken to the hospital and is expected to survive.

At this time, there is no known suspect description.