HOUSTON - Houston police are asking for help identifying the man they believe shot and killed a 37-year-old man outside a Dave and Busters in northwest Houston.

According to investigators, the victim, 37-year-old Miguel Vasquez, and his young daughter were walking to their vehicle in the parking lot when a man tried to rob him at gunpoint.

Vasquez was shot during the robbery. Police say the suspect fled the scene immediately following the shooting.

Police say Vasquez was transported to Memorial Hermann Hospital where he was pronounced dead.

Police describe the suspect in this shooting as a black man with a slim build. Houston police released this sketch of the man. 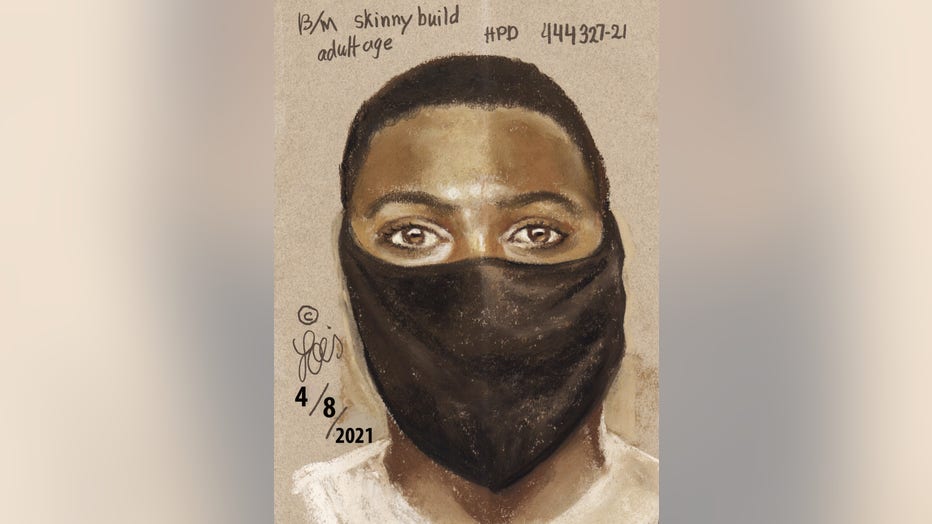 Anyone with information on the identity of the man who shot and killed Miguel Vasquez or the vehicle seen in the surveillance video should call Houston Police at 713-308-3600.