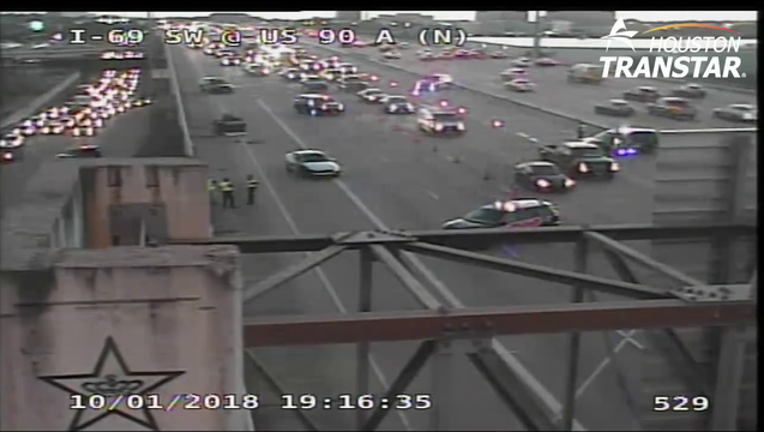 The Stafford Police Department says a man tending to a problem with his vehicle in the right shoulder of the Southwest Freeway was struck by another vehicle.

Several northbound lanes of the freeway near U.S. 90 are expected to be closed while police investigate.

Police say the man was struck by the vehicle and sent over the overpass guardrail to the grassy area below. He sustained extensive trauma to his leg was flown to the hospital. His condition is not known at this time.

Drivers are encouraged to avoid the area while the investigation is ongoing.