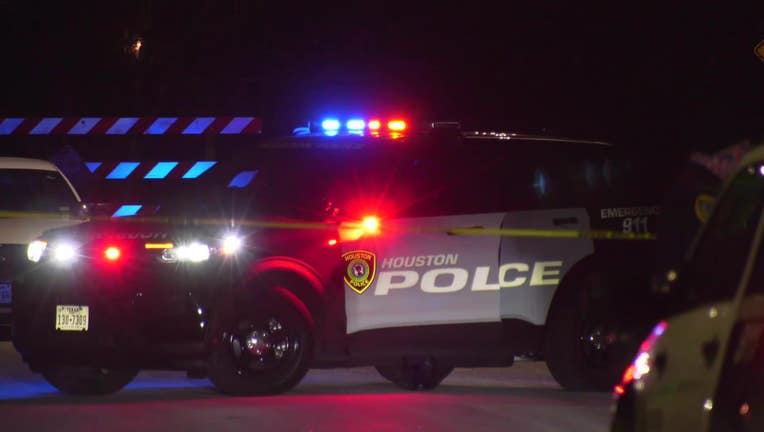 Houston police investigate after a man was found shot on Delz Drive.

HOUSTON - Police say a man died after he was shot in the head and left lying in the street in north Houston.

Officers responded to a call about a person down near Acme Ct and E Delz Drive around 9:50 p.m. Wednesday.

Police say homeowners in the area saw a white Chevy pickup truck pull up, and someone got out of the passenger's side. That person reportedly then walked over to the driver’s side and pulled a man out of the truck. The truck left the scene.

Authorities say the residents went outside to check and found a man who had been shot once in the head. The 27-year-old man was taken to the hospital in critical condition. He later passed away.

Anyone who saw something or has video of the incident is asked to call the HPD Homicide Division at 713-308-3600.