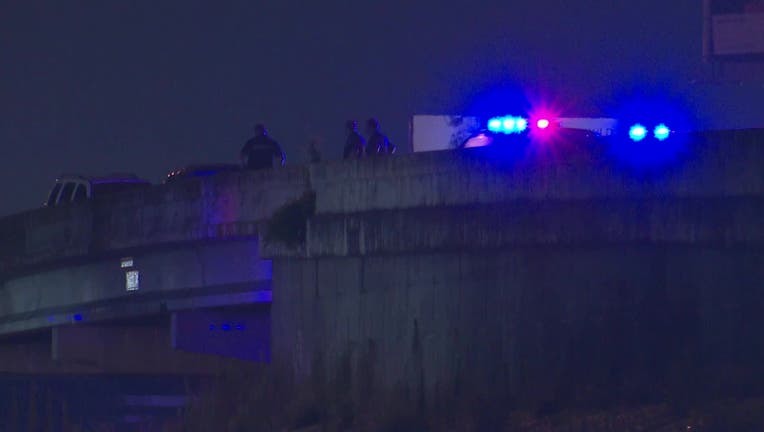 HOUSTON - Police responding to a multi-vehicle crash on I-45 in north Houston found a man dead with a gunshot wound to the head.

The incident occurred around 12:40 a.m. Monday on the freeway near West Gulf Bank Road.

Officers arrived at the scene and found four vehicles had been involved in a crash.

Outside of the vehicles, authorities discovered a man dead with a gunshot wound to the head.

According to the preliminary investigation, police believe the man was involved in the crash and was later shot during an argument with two other males.

Police say it is unclear if those other two males were involved in the crash or came up from the feeder road. They reportedly fled on foot after the shooting.

According to police, one of the possible suspects is described as an African American male, in his mid-20s, 5'7" to 5'9" tall, with a slim build and wearing a white jacket.

The crash and shooting are still under investigation.  Anyone with information can call police or Crime Stoppers.