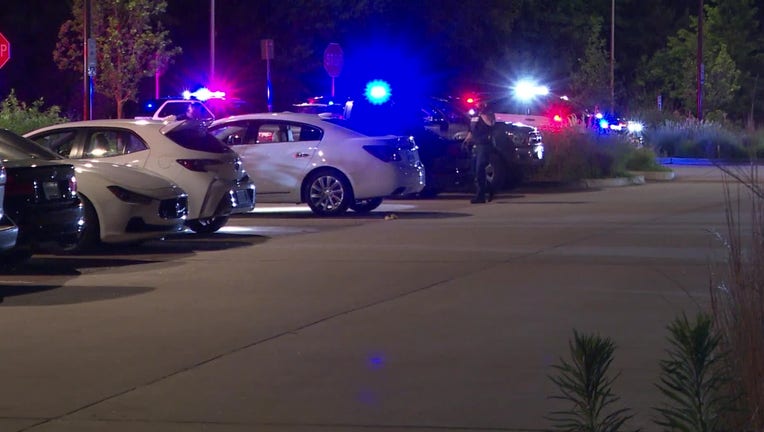 The Houston Police Department investigates after a shot was fired on E Memorial Loop.

HOUSTON - A man who saw his car getting broken into at Memorial Park fired a shot at an armed suspect, Houston police say. No one was injured.

The incident was reported around 9:30 p.m. Wednesday on E. Memorial Loop near Arnot.

According to police, the man was at the park when he saw his vehicle being broken into. Police say he confronted the three suspects, one of whom had a gun.

When the man saw the gun, he drew his own weapon and fired at the suspect, police say. He missed.

"No one is injured. We have a suspect in custody. The park is safe. We’ve got a lot of resources here. Everything is secured," HPD Lt. Mike Barrow said.