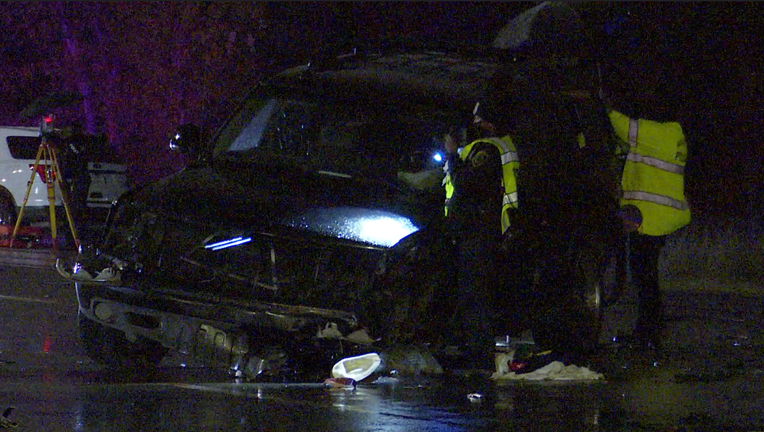 HOUSTON - A man is dead after attempting to render aid to a driver following a car crash on Saturday, Dec. 5, around 10 p.m.

Houston Police say a crash took place on the 12000 block of Almeda Road in Houston between an orange Hyundai Veloster and a Ford F-150 pickup truck.

According to Houston Police, the orange Veloster struck the pickup attempting to enter the roadway.

The collision caused significant damage to both of the vehicles and the Veloster caught fire shortly after the crash. 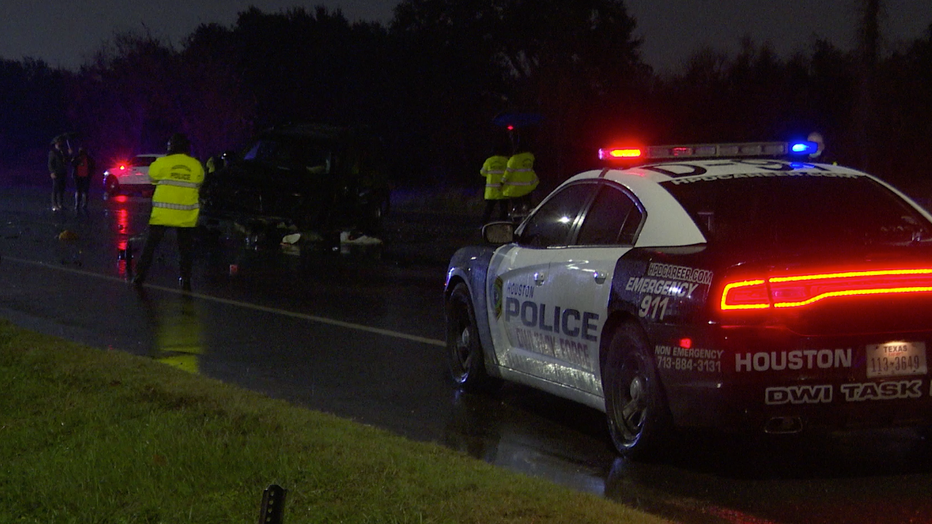 According to police, the driver of the F-150 got out of his vehicle attempting to render aid to the other driver.

During his efforts, the man assisting was struck and dragged 30 feet by an oncoming car.

He was declared dead at the scene by paramedics.

The driver that struck Good Samaritan fled the scene and Houston Police is actively looking for leads.

Initial reports indicated that the person trapped might have been intoxicated.

The person was transported to the hospital where a DWI officer will confirm intoxication didn't play a factor.