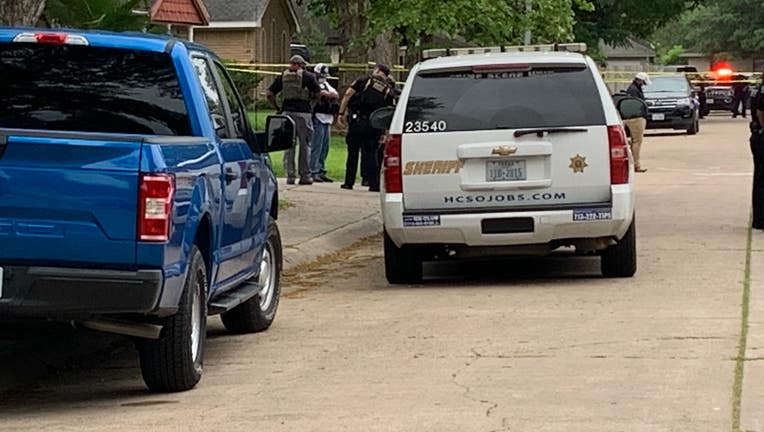 Authorities are on the scene of a deputy-involved shooting in southwest Harris County. (FOX 26 Houston)

The Harris County Sheriff’s Office says a deputy fatally shot a man who approached him with what appeared to be a gun.

The shooting occurred in the 15100 block of E. Ritter Circle around 6 a.m. Wednesday.

The Gulf Coast Violent Offenders Task Force was set up at a nearby location attempting to apprehend a capital murder suspect wanted out of Dallas County.

According to the sheriff’s office, a neighbor came out to see what was going on with one of the investigators, a Harris County deputy, that was parked outside.

The sheriff’s office initially said the deputy was in plain clothes, but later said he did have something on his clothing indicating he was a part of the task force.

The sheriff’s office says the man, who had a flashlight and what appeared to be a pistol, tapped on the window of the deputy’s vehicle. The deputy then rolled down his window and drew his pistol.

HCSO says some words were exchanged and the man lowered his flashlight and raised his “pistol”. That’s when authorities say the deputy fired two rounds, striking the man once.

The man fled down the street and was later found dead in his vehicle.

The sheriff’s office says they now believe the man’s firearm was not real, but that it looks like a black Glock 17.

HCSO says they heard reports that the man may have been looking after a house in the neighborhood.

The deputy was not injured.

Multiple agencies are involved in the ongoing investigation.