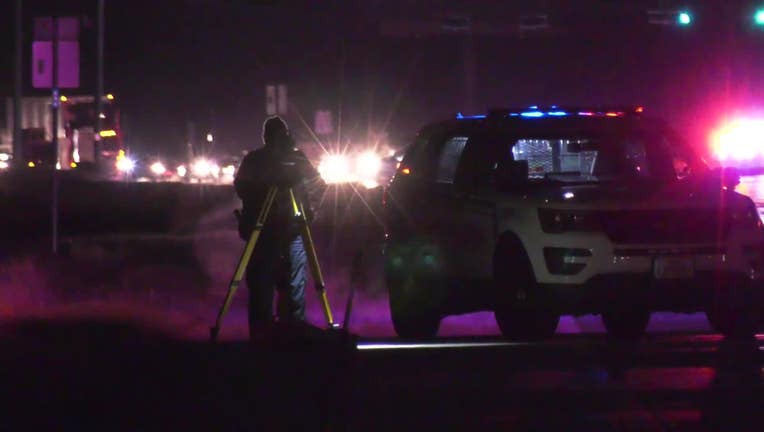 Authorities say a man has died after he was struck by a vehicle on FM 1960 in north Harris County.

The sheriff’s office responded to the scene in the 6300 block of FM 1960 near Cypresswood Drive around 3:16 a.m. Tuesday.

The suspect vehicle was not at the scene, authorities say, but they are speaking with a driver who said he hit what he believed to be an animal.

According to the sheriff’s office, a wrecker driver reported following a pickup truck with significant damage and then saw him pull into a business.

The wrecker driver decided to continue on, but then he heard a call about the auto-pedestrian crash on FM 1960 and alerted deputies, the sheriff’s office says.

Deputies responded to the business that the pickup truck pulled into and spoke to the driver.

According to the sheriff’s office, the pickup truck driver said he was driving eastbound and struck what he thought was an animal.

Authorities say the driver did not show signs of intoxication and is being cooperative.

The Harris County District Attorney’s Office was responding to the scene to determine if there will be charges.