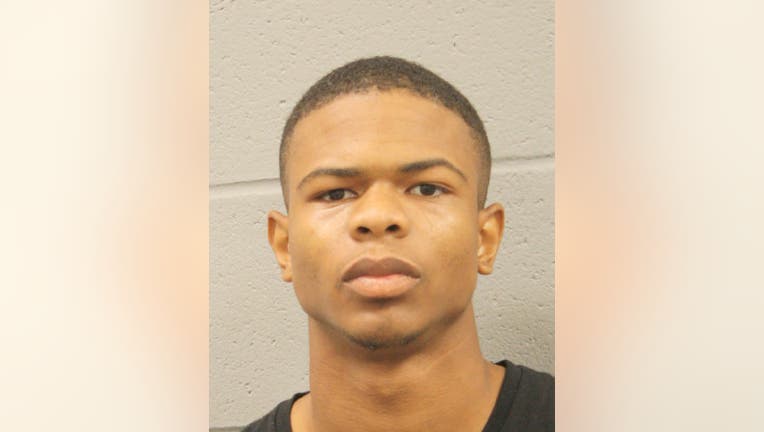 HOUSTON - A 22-year-old man has been charged with murder, and Houston police are searching for at least one other suspect in connection to a shooting that left one person dead and four wounded.

Tristan Fontenot, 22, is charged with murder in the deadly shooting that occurred in May.

Officers responded to a shooting call at a convenience store in the 9600 block of Scott Street around 9:15 p.m. on May 30.

Five people, including two children, had been shot.

A 22-year-old man, identified by police as Keenan Greene, was taken to the hospital and was pronounced deceased.

Police say a preliminary investigation determined a verbal altercation may have occurred between Greene and a male suspect at a party being held nearby. Authorities say the altercation escalated and shots were fired.

Witnesses told police there may have been multiple suspects who fled the scene.

During further investigation, police identified Fontenot as a suspect, and he was taken into custody on June 30.

Police are searching for at least one other suspect, described only as a black male, 20 to 25 years of age.

Anyone with additional information in this case or on the identity of the wanted suspect is urged to contact the HPD Homicide Division at 713-308-3600 or Crime Stoppers at 713-222-TIPS.