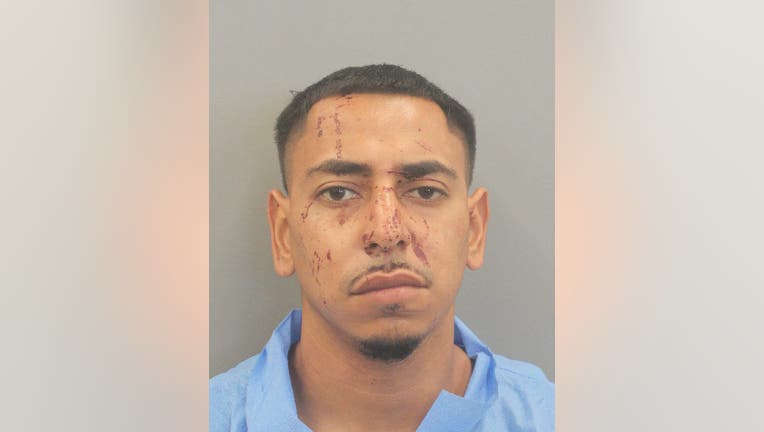 Paul Rodriguez, 30, is charged with murder and felony DWI.

HOUSTON - A man has been charged in the Southwest Freeway crash that killed a five-year-old girl Saturday afternoon.

Houston police have charged Paul Rodriguez, 30, with murder, intoxicated assault and driving while intoxicated with a child passenger.

According to HPD, Rodriguez was driving a black Honda Accord southbound on the Southwest Freeway and weaving in and out of traffic.

Witnesses say they believed the driver was drunk and followed him through traffic while also calling 911.

They reported seeing the Honda hit an 18-wheeler and then veer to the right, where it struck a red Mercedes and a white Box truck.

That's when the five-year-old victim was ejected from the Honda. She was transported in critical condition to a local hospital, where doctors pronounced her dead on Sunday.

Rodriguez and two other children – 2 and 4 years of age – suffered non-life threatening injuries and were transported to the hospital.

No one else was injured in the crash.

Road rage: It's getting deadlier; potential victims should take the high road

Road rage is on the rise across the country, and in the greater Houston area, reports of extreme cases involving weapons are also significantly up. We take a look at road rage by the numbers, how law enforcement is tackling aggressive driving, and how drivers should take the high road to avoid being victims.