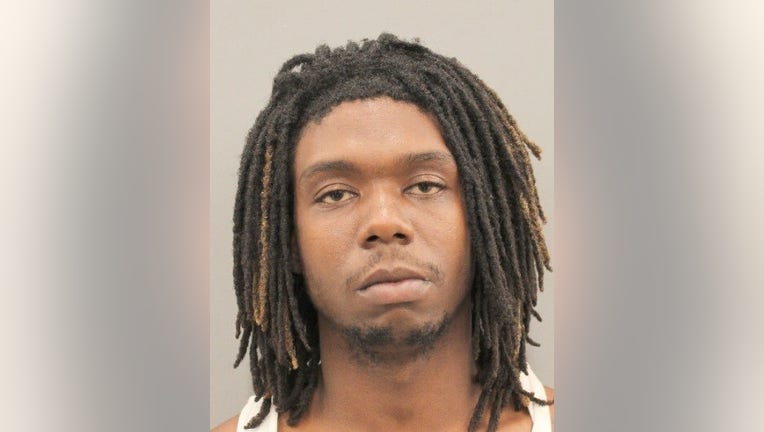 HOUSTON - A man has been charged in the deadly October shooting of an 11-year-old boy and another man in west Houston.

One victim, Menuelle Solomon, 41, was pronounced dead at the scene in the 2500 block of Old Farm Road on Oct. 2.

The second victim, Dominic Sumicek, 11, was transported to an area hospital where he died on October 28.

Police reported that the suspects, described only as three black males, entered the apartment complex on foot, approached the victims, and then shot at them multiple times.

The suspects were reported to have run to a nearby black Pontiac sedan and fled the scene.

Further investigation identified Hawkins as one of the suspects in this case, and, on Wednesday he was charged for his role in the shooting.

Hawkins was already in custody at the Harris County Jail on an unrelated charge.

The investigation is continuing and additional suspects are being sought.