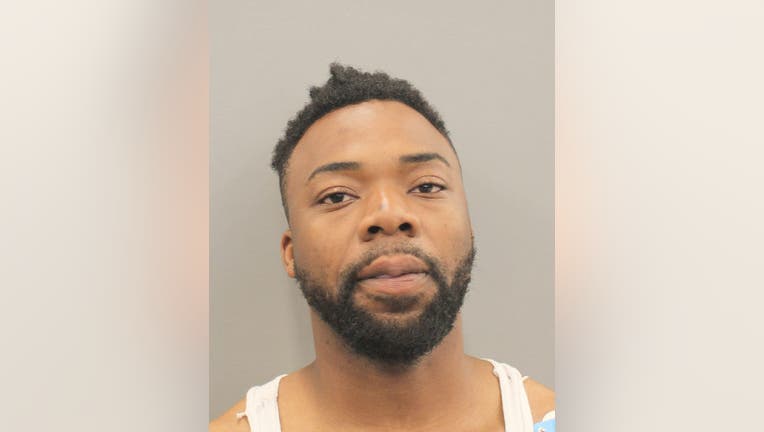 HOUSTON - Police say a man has been arrested in connection to a crash that injured two Houston officers.

RELATED: 2 officers, 2 other drivers hospitalized after crash on Gulf Freeway

It all began when two police officers were responding to a minor crash that occurred on the Gulf Freeway near Park Place around midnight Monday.

The police department said the officers arrived to block off two lanes with their lights on to assist in the accident they were called to.

Police say that is when a white sedan struck the rear of a police vehicle, causing it to rotate into a lane that was not blocked off. It was reportedly then struck by a second white sedan.

Both officers and two motorists were transported to Memorial Hermann Hospital. One officer was released from the hospital. The other remains in stable condition and expects to be released in the next few days.