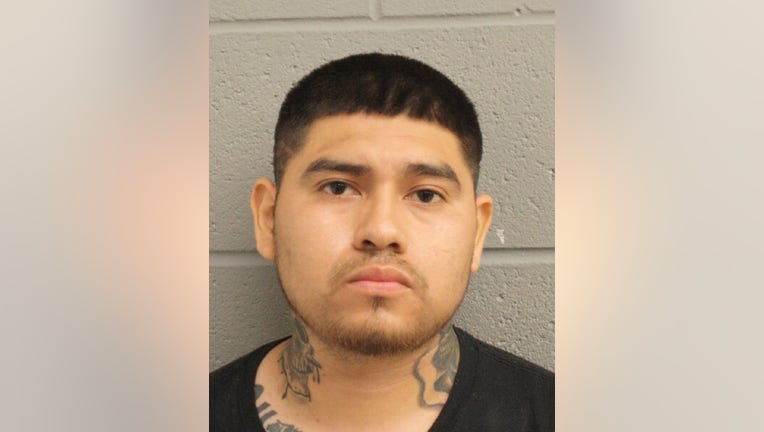 HOUSTON - A man has been put behind bars for the deadly shooting of a man at a nightclub parking lot in southwest Houston back in April.

Officials say Miguel Angel Nicanor Bartolo, 24, is charged in the death of David Fiscal, 35, which occurred around 1:10 p.m. on April 16th in the 6800 block of South Gessner Rd.

That's where authorities say Fiscal was sitting in his wheelchair outside the business, having a conversation when a masked man, later identified as Bartolo, approached and shot him several times.

On Wednesday, the Houston Police Department tried pulling the 24-year-old over but a brief chase ensued. He and an unidentified passenger were taken into custody.

As of this writing, no additional information was made available, but an investigation remains underway.