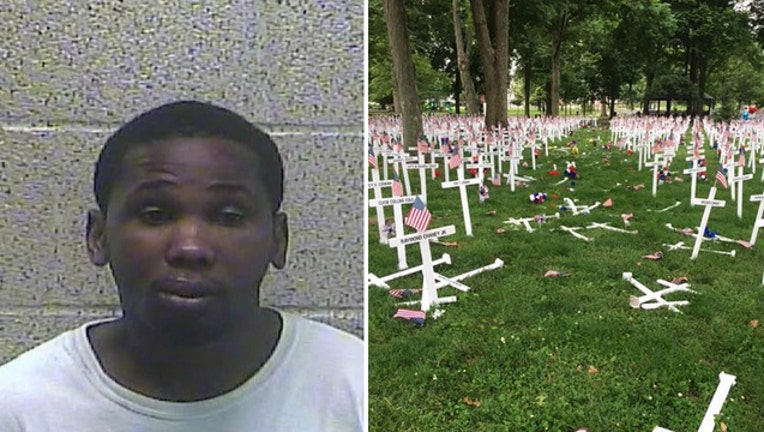 HENDERSON, Kentucky - A Kentucky man was arrested after driving a car through a Memorial Day display and damaging 160 crosses Saturday.

The cross display in Henderson's Central Park honors the names of more than 5,000 soldiers who served in conflicts dating back to the Revolutionary War.

According to the Henderson Police Department, Anthony Burrus, 27, has been arrested on charges of criminal mischief in the first degree and leaving the scene of an accident.

WFIE reported that volunteers were able to get about 140 of the crosses back into the ground, but some were completely destroyed.

This comes as word of another memorial being vandalized in Venice, California.  Vandals in Venice sprayed a thick sheen of silver paint over most of the 2,273 names of Vietnam veterans on a mural along Pacific Avenue, during the week before Memorial Day, it was reported Sunday.