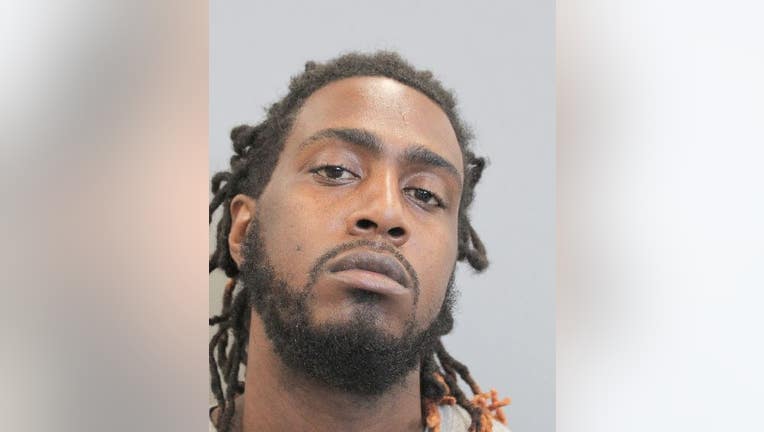 HARRIS COUNTY, Texas - One man is behind bars accused of shooting at a McDonald’s restaurant employee because of an issue with his order.

Keonne Domonique Taylor, 33, is now facing five charges in Harris County including aggravated assault with a deadly weapon, two charges of felon in possession of a firearm, deadly conduct, and aggravated assault of a family member, according to the Harris County District Attorney’s Office. Officials said he was also wanted for cart theft in Lake Charles, Louisiana.

The incident took place this week when Taylor was angry over a problem with his order at a McDonald’s on Tidwell. Taylor demanded that the drive-thru counter employee give him his food or face the consequences, court records said.

According to police, that’s when Taylor said, "I will light this b**** up." He then sped away, only to come back moments later, and shoot at the employee, as well as shoot out the windows of the fast-food establishment.

Prosecutors have asked a Harris County judge to deny him bond as he’s charged with a felony committed with a deadly weapon after having previously been convicted of a felony.

A charging document said that Taylor had a few choice words for his ex-girlfriend during a July incident last month in which he fired three shots at her, missing her but hitting her car. He said, "You are going to die tonight."

Taylor remains in custody at the Harris County Jail.