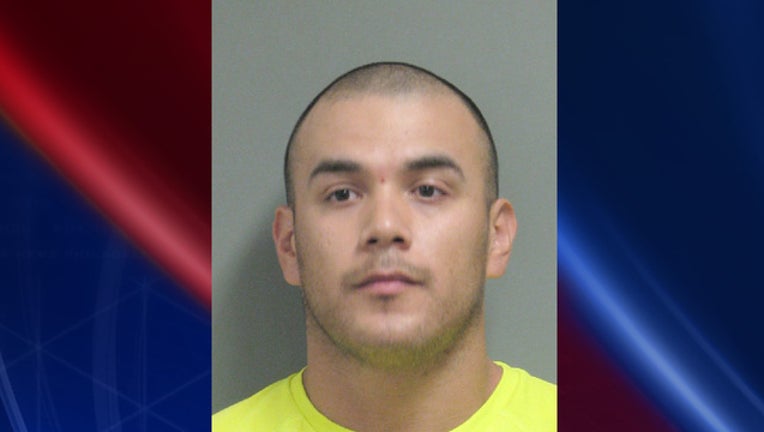 ROSENBERG, Texas (FOX 26) - A 26-year-old man is accused of exposing himself in his vehicle at Terry High School in Rosenberg.

According to police, Joaquin Rosales, 26, pulled up at Terry High School in his car and asked the victim a question. The victim told investigators she moved closer to the vehicle and saw the man had his pants pulled down exposing himself. The victim says she backed away and contacted her parents as the suspect pulled away.