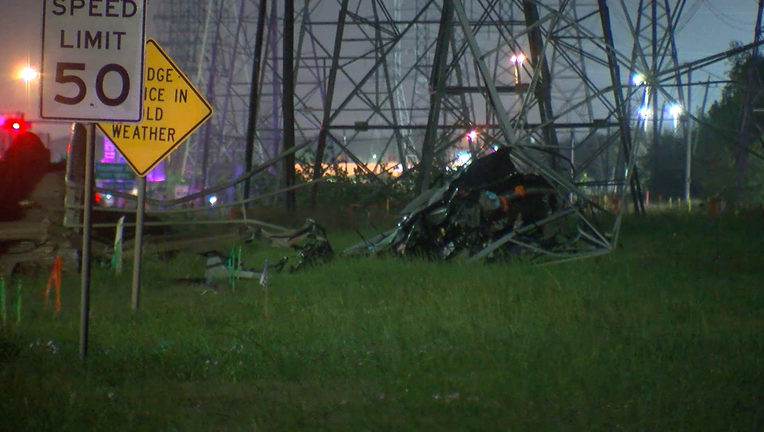 A man and a child were injured in a crash along the Sam Houston Parkway feeder road.

HOUSTON - A man and a 9-year-old boy were both hospitalized following a crash that Houston police believe involved street racing.

According to investigators, a black Cadillac and a red Corvette were traveling at a high rate of speed down the eastbound feeder road of the Sam Houston Parkway at Beemer Road around 10 p.m. Sunday.

Police believe the vehicles may have been racing when the Cadillac lost control, hit a curb, went into a ditch and then hit a power line.

Police say a 9-year-old boy who was a passenger in the Cadillac was put into the Corvette and taken home, but he was later taken to the hospital. The 9-year-old is in stable condition.

The driver of the Cadillac was also taken to the hospital and is in critical condition.