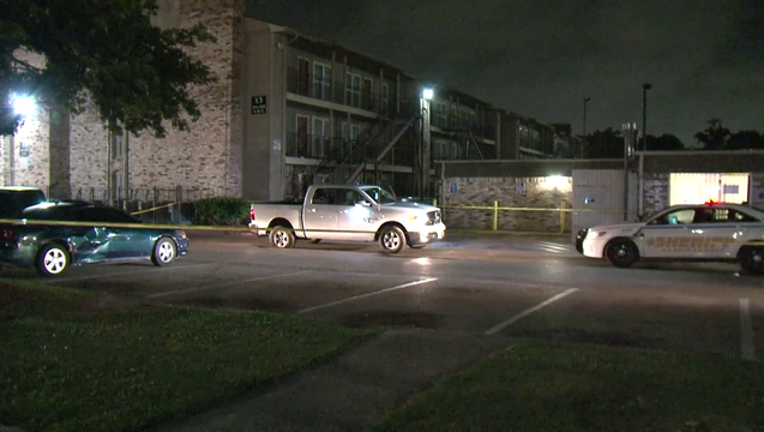 Authorities say a man died at the hospital after he was found shot at the Haverstock Hills Apartments on Aldine Bender Road.

Deputies arrived at the apartment complex in northeast Harris County around 11 p.m. and found a 25-year-old man in a courtyard who had been shot twice.

The man was taken to the hospital where he died.

At the scene, detectives also discovered a pickup truck that had multiple bullet strikes to the driver’s side. Deputies believe the vehicle is leased, but a witness told investigators that they saw the man driving it earlier that night.

Detectives are continuing to investigate and speak with witnesses.