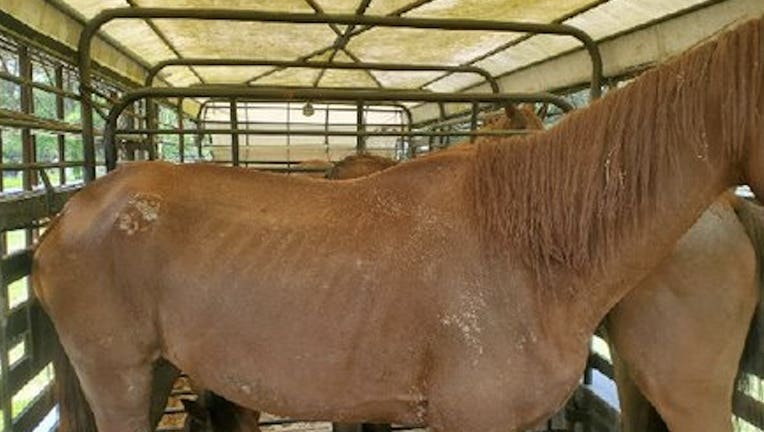 According to a Montgomery County Sheriff's Office report, there were five horses reported and found in unhealthy conditions in the 1500 block of Magnolia Park in Conroe.

After the initial investigation on July 8, officers said they left the owner with instructions on how to tend to the horses in their state.

However, authorities followed up with the case earlier this week and found that the horses were still in bad condition. Adding they had not been given the proper care and were lacking a much-needed trip to the vet, deputies seized the animals with help from the SPCA.

Afterward, the SPCA placed three of the horses, who were said to be suffering from the worst condition, into 24-hour care. Meanwhile, the other two horses were removed from the owner’s residence and taken to be examined and fed.