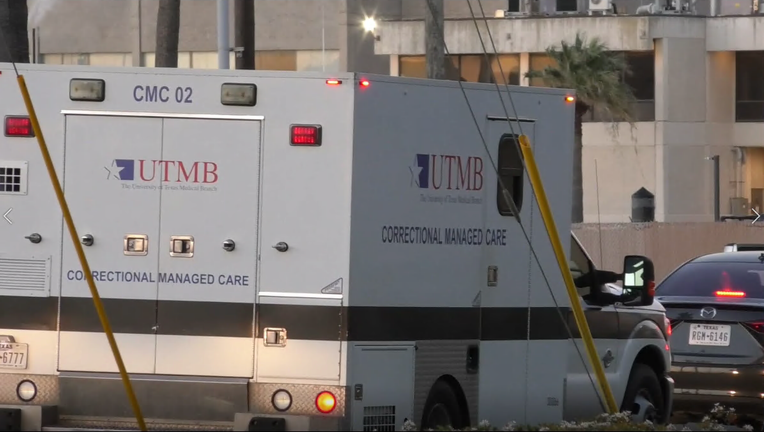 GALVESTON, Texas - A man wanted for murder in Louisiana is at a Galveston hospital following his arrest in Houston Wednesday night.

The suspect, who has not named, was arrested near the Gulf Fwy at Edgebrook thanks to a tip, according to law enforcement officials.

During his arrest, the suspect sustained a bite injury from a law enforcement K9. He was transported by officials to the trauma center at UTMB Health John Sealy Hospital in Galveston, which has a specialty unit for dealing with prison inmates.

While the suspect was not wanted for any crimes in Galveston and arrested in Houston, Galveston Police Lt. Xavier Hancock said Island police were part of the arrest because both agencies are "familiar with our work ethic and skill set."