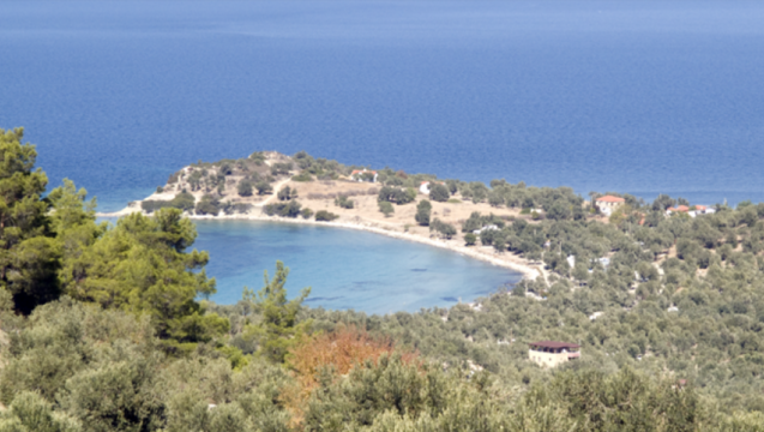 Archaeologists believe part of this peninsula in the Aegean was once the ancient city of Kane. (German Archaeological Institute)

An international team of archaeologists believe they had discovered an island in the Aegean Sea that was once the ancient city of Kane, site of an epic sea battle between the Athenians and the Spartans in 406 B.C.

The Arginusae islands, now called the Garip islands, lie only a few hundred yards off the coast of Turkey, National Geographic reported Friday. Ancient historical sources refer to three Arginusae islands but the exact location of the third has long been unclear, disappearing from maps as far back as the 16th century.

Researchers determined what is now a peninsula was once an island after drilling into the ground and examining rock samples, the magazine reported.

The Athenians crushed the Spartans in the battle of Arginusae, but the victory was short-lived.

A storm stranded Athenians whose ships had been destroyed, according to the magazine. When the victorious admirals returned home, the citizens of Athens voted to execute them for failing to rescue those left behind.