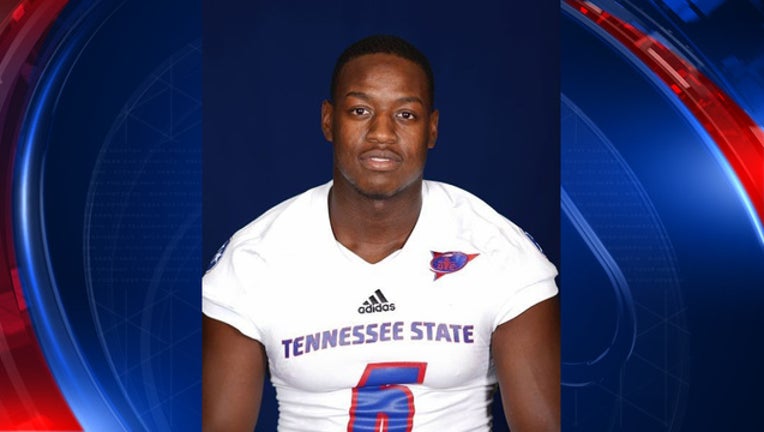 NASHVILLE, Tenn. (AP) - Tennessee State linebacker Christion Abercrombie collapsed on the sideline late in the first half against Vanderbilt on Saturday and was in critical condition after emergency surgery for a head injury.

University officials issued a statement Saturday night saying Abercrombie was being observed. Tigers coach Rod Reed headed to Vanderbilt University Medical Center to check on the linebacker after the game.

Reed told The Tennessean he was not sure exactly how or when the Atlanta native was hurt before coming to the sideline late in the second quarter of a 31-27 loss to Vanderbilt .

"He came to the sideline and just kind of collapsed there," Reed said.

Abercrombie was given oxygen on the sideline, then taken away on a stretcher.

The linebacker redshirted at Illinois in 2016 and played 11 games in 2017 before transferring to Tennessee State. He came into Saturday's game as the Tigers' second-leading tackler and was credited with five tackles and a quarterback hurry before being injured.

Abercrombie played football at Atlanta's Westlake High School, where he led his team a 10-3 record in 2015 and 2014 and 2015 Region 3 championships.

After the game ended, players from both teams joined Reed and Vanderbilt coach Derek Mason for a prayer for Abercrombie, his family and the Tigers.