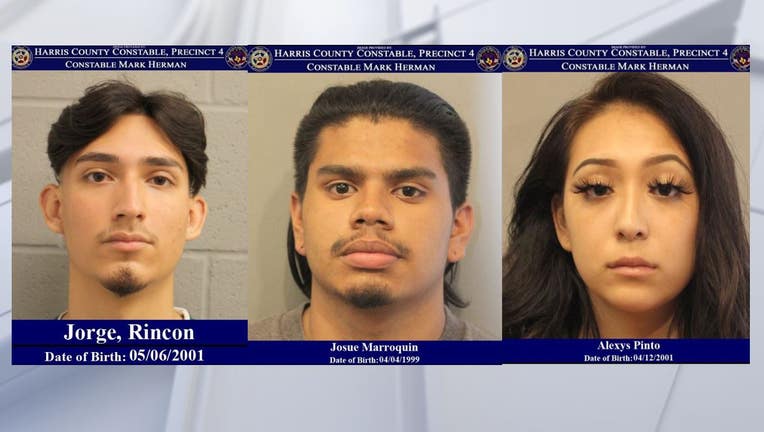 Officials say they were called out to the 500 block of FM 1960 around 3:30 a.m. where two cars racing down the street were pulled over.

The drivers of both cars were identified as Jorge Rincon, 20 and Jose Morroquin, 22 and charged with Racing on a Highway.

Investigators also said Alexys Pinto, 22,  a passenger inside one of the cars, "attempted to physically pull away" from deputies while she was in handcuffs.

"They were arrested and booked into Harris County Jail, Jorge Rincon and Jose Morroquin were charged with Racing on the Highway and Alexys Pinto was charged with Interfering with the Duties of the Public Servant," Constable Mark Herman told the press. "Their court and bond information have not been set at this time."