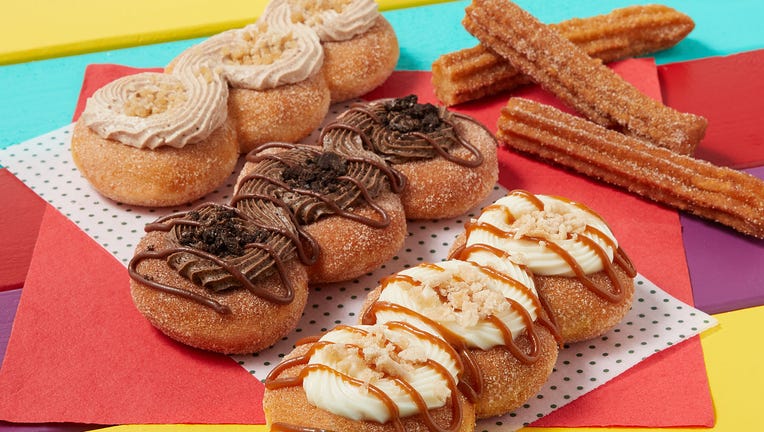 CHARLOTTE, N.C. - Krispy Kreme has unveiled a new collection of doughnuts inspired by churros, a deep-fried pastry coated in cinnamon sugar that’s popular in Spain, Mexico, and increasingly across the U.S.

The "ChurrDough" treats were officially launched on Monday and will only be available through Sept. 18 at participating Krime Kreme shops across the country.

The company said they’re sold individually or as a three-pack.

RELATED: Kellogg’s will pay you $5,000 to eat cereal for dinner

The three ChurrDough flavors come with a variety of toppings:

Krispy Kreme, which is headquartered in Charlotte, North Carolina, operates in more than 30 countries around the world.

Last week, the doughnut chain celebrated the planned Artemis 1 moon launch with the "Artemis Moon Doughnut," a cheesecake cream-flavored filled doughnut dipped in cookies ‘n’ cream icing with a swirl of cookie pieces. Its top was made to look similar to the moon’s surface.

RELATED: Autumn in August? When it is meteorologically OK to drink a Pumpkin Spice Latte