A new report is warning parents of young children who are at the highest risk for drowning deaths and providing the best practices on how to keep them safe.

Children between the ages of 1 and 4 are at the highest risk to die from drowning, according to a technical report published by the American Academy of Pediatrics in the August 2021 issue of Pediatrics.

Overall, drownings were the third highest cause of unintentional injury-related deaths among children and adolescents age 5 to 19 years old, the report found.

The study states that in 2018, nearly 900 lives under the age of 20 were lost due to drowning and more than 7,200 had to be rushed to the hospital due to a drowning event. According to the researchers, 35% of those who had to be taken to the hospital were either hospitalized or transferred for further care.

The second highest group that suffered from drowning deaths were teens between 15 to 19 years old and most of those victims were males. 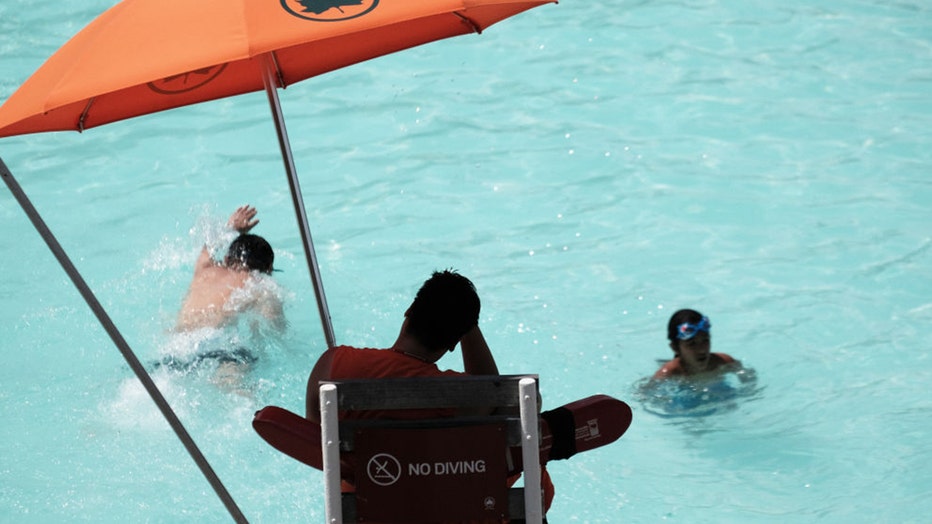 FILE - People cool off in a public swimming pool on June 29, 2021 in the Astoria neighborhood of the Queens borough in New York City.

RELATED: 'Don't let your guard down': Tips on preventing drownings this summer

"Among children and preteens, drowning death is roughly twice as common in boys as in girls, but among adolescents, the rate is almost 10 times higher among boys," the report said.

The report also noted that drowning deaths were much higher among Black, American Indian and Alaska natives compared to White, Asian American and Pacific Islander and Hispanics.

Along with race, age and gender, certain times of the year showed higher rates of drowning deaths.

For victims who were younger than 15 years old, 70% of drowning deaths occurred between May and August, the report added, also citing that drownings increased when temperatures exceeded 86 degrees.

"Drowning also occurred disproportionately on Saturdays and Sundays," according to the report.

The report also highlighted most infant drowning deaths took place in a bathtub or large bucket, whereas a majority of pre-school-aged children drowned in swimming pools.

Older children were more likely to drown in larger, natural bodies of water such as lakes or oceans.

The report also noted how outside factors contribute to drowning deaths such as lack of supervision, alcohol and failure to adhere to simple safety precautions such as wearing a life jacket.

Authors of the report recommended several preventative measures to help lower the risk of drownings such as door alarms, pool covers, swimming lessons and learning how to perform CPR.

This report comes after the U.S. Consumer Product Safety Commission (CPSC) released similar data earlier this month. The CPSC noted concerns about the potential for more drownings as more people are buying at-home pool installations and youth swimming lessons have been delayed or canceled due to the pandemic.

"Water safety vigilance remains as important as ever, especially in light of ongoing public health concerns and community restrictions related to COVID-19," said CPSC Acting Chairman Robert Adler. "Our latest report confirms that most child drownings take place at home during the summer months. This year, with more families spending time at home, the delayed opening of many public pools, and a pause on many traditional group swimming lessons, I urge everyone to take critical safety steps to reverse the upward trend in fatal child drownings."

According to the Pool & Hot Tub Alliance (PHTA), which is behind The Step Into Swim Campaign, children age 1 to 4 who take formal swim lessons reduce the risk of drowning by 88%. PoolSafely.gov also offers tips on how to teach kids to swim safely and has apps to help children learn how to stay safer around pools and water.