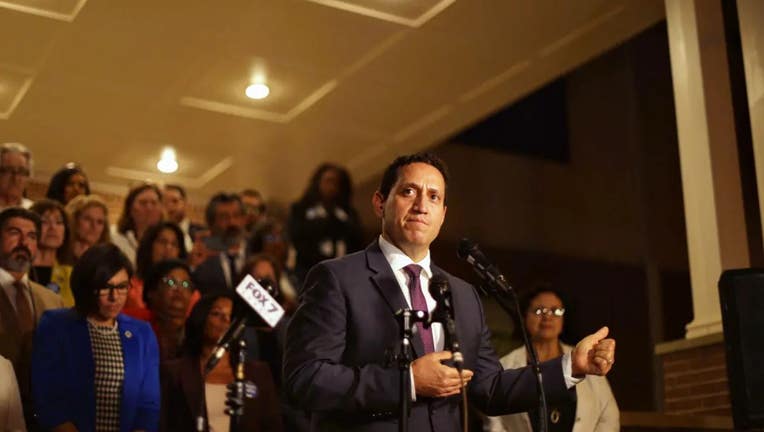 Vice President Kamala Harris is hosting a meeting next week at the White House with Democratic state lawmakers who killed Texas Republicans' priority elections bill in the regular session.

The meeting will take place Wednesday, according to a statement from Harris spokesperson Symone Sanders. The White House did not immediately share which lawmakers would attend, but the House Democratic Caucus tweeted a list of 10 legislators who it said would be there.

Democrats in the Texas House staged a walkout late last month that doomed the legislation, Senate Bill 7, that would have brought sweeping changes to the voting process in Texas. Gov. Greg Abbott has vowed to bring it back in a yet-to-be-called special session.

SB 7 had caught the attention of President Joe Biden, who issued a statement the day before the walkout that denounced the legislation as "part of an assault on democracy." The bill included provisions to limit early voting hours, curb local voting options and further tighten vote-by-mail rules.

According to the House Democratic Caucus, the lawmakers who will attend the meeting include Reps. Chris Turner of Grand Prairie, Nicole Collier of Fort Worth, Rafael Anchia of Dallas, Jessica González of Dallas, Senfronia Thompson of Houston, Trey Martinez Fischer of San Antonio and Gina Hinojosa of Austin, as well as Sens. Carol Alvarado of Houston, Royce West of Dallas and Beverly Powell of Burleson.

Since the walkout, the Democrats have used the national spotlight to urge passage of federal voting rights legislation. Martinez Fischer reiterated that in a statement on the news of the meeting with Harris.

"We are deeply appreciative that Vice President Harris understands what is at stake and is leading the way to protect our democracy," Martinez Fischer said. "We are honored to stand with her, Congressional Democrats, and the entire Biden Administration."