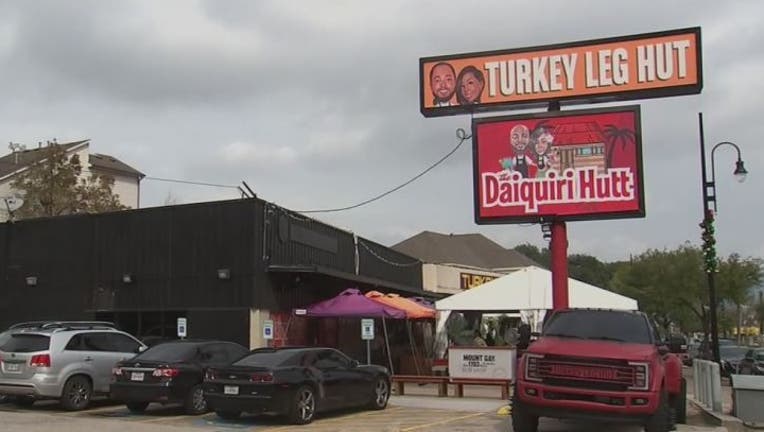 Owners Nakia Price and Lyndell Price asked for an emergency motion to dissolve the temporary restraining order against the restaurant or the bond be raised. A judge allowed them to resume their normal smoking hours until their next hearing on Dec. 9.

The Turkey Leg Hut's meat smoking hours will be restricted from Dec. 2-4.

A hearing over operating hours at Houston's popular Turkey Leg Hut have wrapped up. Attorneys for the restaurant are asking that the restraining order limiting their late night cooking hours be lifted because it's costing them too much money.

Earlier this month neighbors of the popular Third Ward restaurant filed a lawsuit claiming the restaurant is a risk to their health.

Residents have been at odds with the Turkey Leg Hut since it opened almost two years ago, because of parking issues, and the large crowds that go there.

They are taking their battle to court, claiming the restaurant's outdoor cooking area is illegal, and the smoke is a health hazard.

In the emergency motion filed Tuesday, Turkey Leg Hut alleges the neighbors were not aiming at smoke or noise but were hiding their true goal of getting rid of the restaurant.

At a press conference on Friday, the restaurant owner and attorney for Turkey Leg Hut said the allegations are false.

This all comes a day after the restaurant handed out 3,000 free turkey legs purchased by basketball player Joe Young to the community.

The Turkey Leg Hut has released a letter that they consider evidence of a conspiracy against them.